I Encountered MoG In A Vision Before We Recorded ‘Favour’ – Gospel Singer , Daniel Jeddman Reveals | 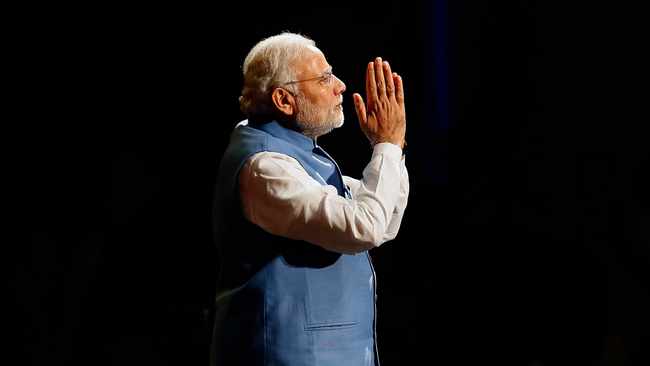 It is little less than a month since a congregation of Hindu clergy from the holy city of Haridwar, located on the banks of the river Ganges, gave a bizarre call to the faithful to unleash genocide against the 300 million Muslims of the country.

Shockingly, the Indian government led by Prime Minister Narendra Modi and his cabinet maintained a studied silence. Not a single fire spewing member of the clergy—all very influential – has been arrested for hate speech, making many wonder what the hell is happening in the country.

Hate speech that could trigger violence is a cognizable offence.

The worry for a vast majority of those who swear by the secular and inclusive constitution is how will this call for genocide based on a flawed reading of history play out in a country that has seen a horrific partition based on religion some 74 years ago. Millions perished in this bloody event from which India, Pakistan and Bangladesh have still to recover from. India and Pakistan are nuclear armed and continue to keep their respective populations in a state of continuous conflict.

The minorities feared the return of the holocaust that left millions dead, maimed and homeless. Globally the demand to “stop the genocide of Muslims in India” trended on twitter. Pakistan’s government summoned the Indian diplomat in Islamabad and demanded that the government in Delhi should take action.

Retired defence chiefs, management graduates, lawyers of the Supreme Court and scores of opposition leaders sought PM Narendra Modi’s urgent attention to this compelling issue. They reminded him that the call for genocide could engulf the country into hellish religious fires and lower the defense preparedness of the country at a time when there is threat from its hostile neighbors, China and Pakistan. Indian defence forces are fiercely secular and have grown up praying and fighting together.

Modi did not respond to these urgent entreaties asking his government to invoke harsh provisions of law against those elements who were trying to destroy the social fabric of a plural society. Angry activists took to twitter to highlight the inherent bias built into government action when young Muslims and other dissenters were incarcerated without trial for protesting against the divisive Citizen Amendment Act (CAA). Maintaining a sphinx-like silence on this issue, Modi seemed more intent and engaged with mounting a major election campaign in Uttar Pradesh and four more states. Uttar Pradesh is the most populous state in India with a population even higher than Brazil’s.

For Modi and his party, a win in UP is very important for the stability of his government in Delhi and re-election in the 2024 parliamentary elections. It’s a state which nestles all the symbols that give meaning to the BJP’s version of religious nationalism. This is premised on lending primacy to Hinduism and the exclusion of Muslim domination from national politics and cultural life. UP has Ayodhaya, Kashi and Varanasi – three cities that have structures contested by both Hindus and Muslims. The Hindu zealots believe that civilizationally India will become a formidable nation if these structures are cleansed of the Muslims presence.

The BJP came to power on the shoulders of a movement that is opposed to India’s secular constitution that endeavoured to rise above the scarred legacy of the partition. First in 1998, and later in 2014, on the promise to build the temple of Lord Rama on the detritus of Babri Mosque, which was demolished by rampaging mobs on December 6, 1992.

Viewed from this perspective, the silence of the government and Modi is not really unexpected. The police filed a FIR slapping charges, which are bailable only after a journalist, Saket Gokhale, filed a complaint against the participants of the conference. A video that leaked to social media revealed the saffron robed monks chuckling on how loyal the police were to the cause of the majority community and unlikely to take any action against them.

In these circumstances, when a section of the ruling party and police were allegedly complicit in the events in Haridwar and how they played out, it was again left to an incensed journalist, Qurban Ali, and a retired judge to approach the country’s apex court for its intervention. The petitioners rued the lethargy of the police in taking action on hate filled utterances, which had the potential to undo the gains of a secular constitution and law based society. The Supreme Court has sent out notices to the state government where the event took place last December.

With the country in the throes of a medley of feverish happenings, including the onset of the third wave of Covid-19, which is climaxing at the time of bitterly fought state elections, there is little likelihood the courts will try to make an example of the noisy religious men, who claim that they have nothing really to do with politics. The truth though, lies elsewhere. These heads of various temples and Hindu sects are supported and funded by the ruling establishment, which also gives them immunity. Their pronouncements, largely against Muslims, would be used through social media to polarize the voters.

Even the government, led by monk Yogi Adityanath, isn’t sounding any different from those who were at Haridwar. Slyly he said that the elections in UP would take place between 80 percent versus 20 percent. Yogi chose to describe the minority 20 percent as supportive of mafia, anti-development and opposed to the construction of Ram temple.

He made it amply clear that here he was referring to the Muslim minority. Such statements should be punished by the Independent Election Commission. But these are different times. Elections have given the ruling party and its supporters an opportunity to aggressively practice its majoritarian politics.

Anyone who seems to disagree with them are in their crosshairs, including scores of women journalists, who are routinely subjected to online aggression. If the clergy goes unpunished, then these trends will become a norm.

I Encountered MoG In A Vision Before We Recorded ‘Favour’ – Gospel Singer , Daniel Jeddman Reveals |

Brazilians outraged after man ‘gassed to death’ by police

Newcastle United eyeing Everton striker who could be sold this summer