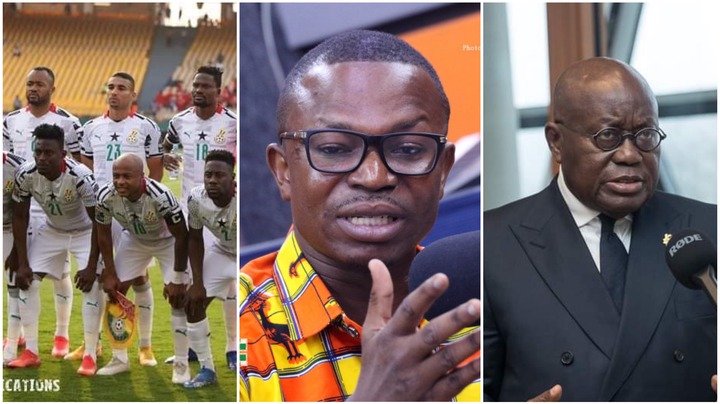 The National Democratic Congress (NDC) communication team member, Eric Adjei has stated that, there’s no difference in the national team’s (Black Stars) performance and that of President Akufo-Addo’s government.

According to Eric Adjei, Black Stars performance and that of Akufo-Addo’s government has no difference as Ghanaians knows what he’s talking about. He said there’s hardship everywhere in the country.

Eric Adjei said the Black Stars of Ghana should bring the rest of the money they were given by the government for the 2021 AFCON after their last group match.

He appealed to the sports minister to bring back the rest of the money as many are suffering in the country.

He also said the Accra Hearts of Oak would have performed better than this current Black Stars players. He said the national team’s performance is not .

Click on the link below and watch more of his claims;

We have been served with a great opportunity: Kennedy Agyapong tells his party officials