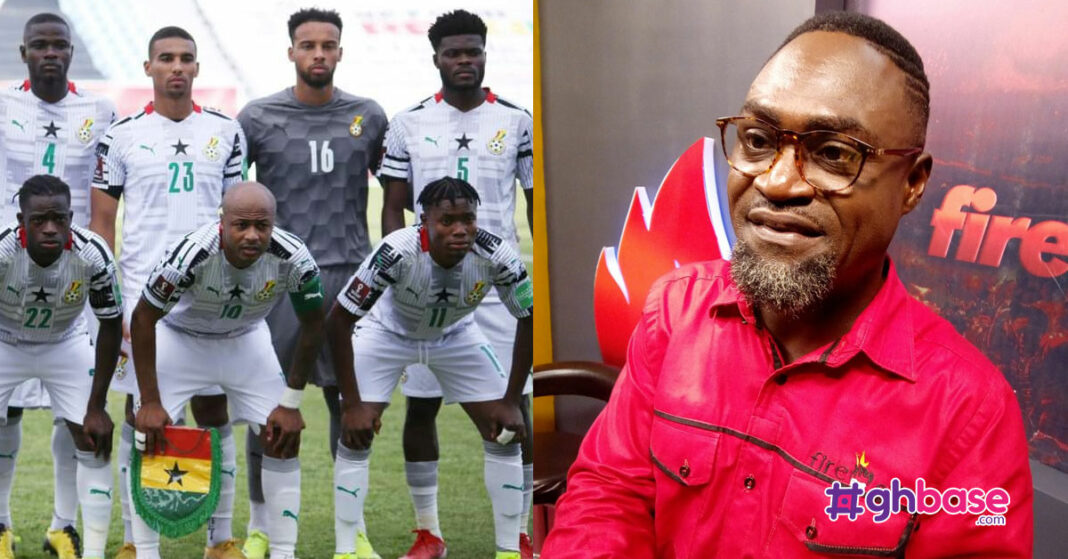 Popular Ghanaian Sports commentator and critic, Patrick Osei Agyemang, also known as Countryman Songo has debated that the current Black Stars team is the poorest Ghana has produced in decades.

The current Black stars squad in Cameroon for the 2021 AFCON seems to confirm Countryman Songo’s affirmation after gaining just a point from their two opening group matches.

They lost to Morocco and shared the spoils with Gabon in Friday’s encounter that saw Benjamin Tetteh receive his marching orders after the match had come to an end.

And according to Countryman Songo, even if the Black Stars win the AFCOn by a miracle, he will still consider them the poorest team ever to have graced a football in the National team jersey.

He further posited that even if the current team is given to a top coach like the Mourinhos, they will struggle to make something out of them.