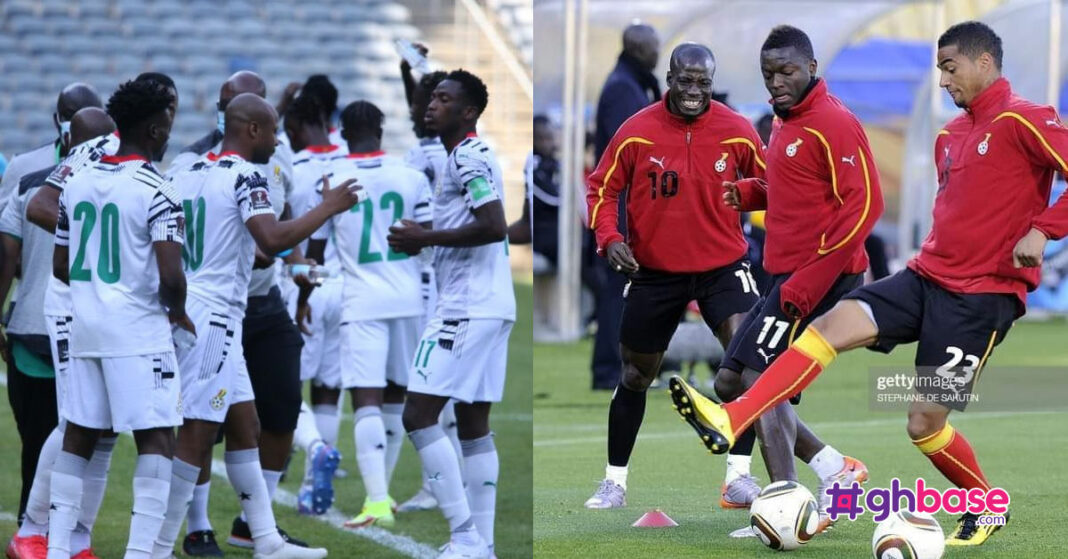 Former Black Stars player, Kevin Prince Boateng has dropped another heartbreaking message after the Stars shared spills with the Gabon National team in the ongoing 2021 AFCON.

Kevin Boateng, who has failed to earn. call up to the national football reacted to their loss against Morocco citing that he should have been given a call-up.

Black Stars second group game came to an end with the Black Stars of Ghana drawing points with the Gabon National team, with a lot of Ghanaians, getting disappointed with the final results.

Ghana took the lead in the 18th minute of the game with the skipper Dede Ayew scoring a fantastic goal for his side. However, Ghanaians were taken by surprise when Jim Allevinah hit a precise shot to get his side levelled in the dying minutes of the game.

Kevin Boateng reacted to the game after the final whistle was blown but this time with a big sigh and confused emojis.