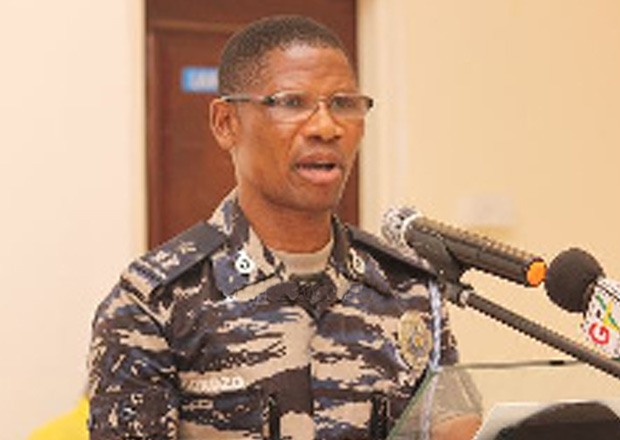 Embattled Assistant Commissioner of Police (ACP) Dr. Benjamin Agordzo, who is on trial alongside nine others including soldiers who allegedly attempted to stage a coup d’etat and remove the Akufo-Addo-led NPP government, has lost his fight against his interdiction by the Ghana Police Service.

An Accra High Court yesterday dismissed an application for judicial review filed by the senior police officer which was seeking a reversal of the interdiction order by the Police Administration.

The application had urged the court to overturn the decision of the Ghana Police Service to interdict him on November 19, 2019, for his alleged involvement in a plot to overthrow the democratically elected New Patriotic Party (NPP) for which he and nine other persons are standing trial.

The court presided over by Justice Olivia Obeng Owusu, in a short ruling on the application, noted that due to the peculiar nature of the case, the application is refused.

She said parties in the matter can apply for the full ruling which details reasons for the refusal.

ACP Dr. Agordzo, was challenging the legality of his interdiction and the ‘refusal’ by the Service to rescind its decision as unlawful, which he said “is in breach of my right to administrative justice and due process.”

An affidavit in support of the action which attached the Inspector General of Police (IGP) and the Attorney General as respondents, averred that “the 1st respondent (IGP) herein in the lawful exercise of powers granted to him under Regulation 105 (1) of the Police Service Regulations, 2012 (C176) imposed on me an interdiction order with immediate effect from the 8th day of November, 2019,” adding that his “salary was reduced by twenty-five (25%) and I was relieved of all duties as a police officer.”

It further said, “After five (5) months of interdiction, I sought legal advice and was advised by counsel that five-month old interdiction was unlawful because the 1st respondent was under obligation to revoke the interdiction after three (3) months if disciplinary proceedings were not instituted against me.”

The applicant also said that the IGP cannot on the one hand exercise his power under Regulation 105 (1) to interdict him but refuse to comply with the Regulation 105 (2) when there were no pending investigations nor disciplinary proceedings against him.

“That in refusing to grant the demand, the 1st respondent also relied on Regulations 111 and 94 (2) of CI 76 as well as SI 56 of the Police Service Instructions, 2018, but I am advised by counsel and verily believe same to be true that the said provisions are totally inapplicable to the facts and circumstances of the instant case, particularly because, I have a constitutional right to be presumed innocent until a court of competent jurisdiction finds me guilty of a crime,” it continued.

2 Die In Brutal Fight In Kotwi