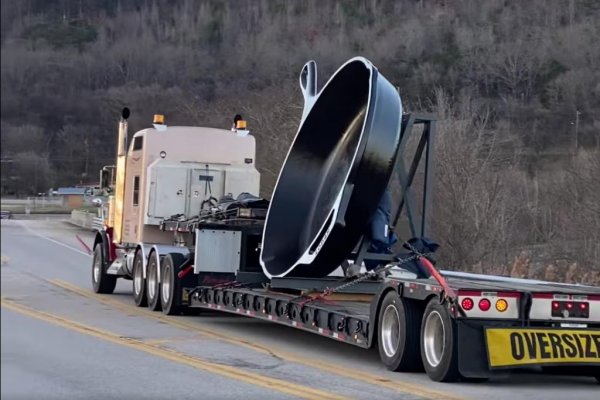 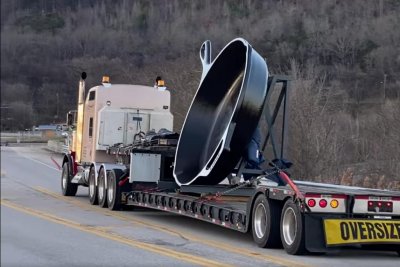 Jan. 14 (UPI) — Drivers on a Tennessee highway encountered an unusual oversized load traveling down the road — a 14,360-pound cast-iron skillet said to be the world’s largest.

South Pittsburg’s Lodge Cast Iron store, the future home of the Lodge Cast Iron Museum, had the gargantuan skillet, which measures about 18 feet from handle to handle, created to serve as a draw for the attraction.

The store shared video on Facebook showing the massive pan, which Lodge Cast Iron bills as the world’s largest cast-iron skillet, being hauled on Interstate 59 on the back of a flatbed truck.

The Lodge Cast Iron Museum is under construction and expected to open in late summer.

“The museum will offer visitors from across America a destination to immerse themselves in the history and behind-the-scenes making of some of the most beloved cast iron products, cast iron cooking and the robust culture that surrounds it,” the museum’s website states.