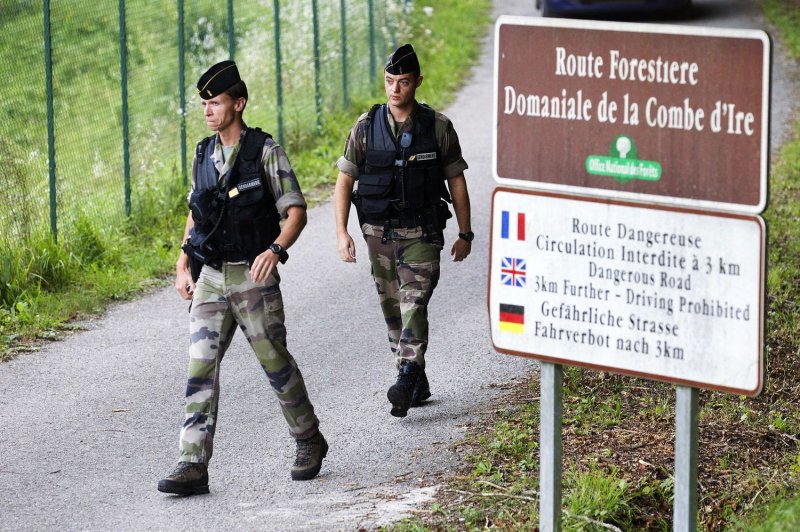 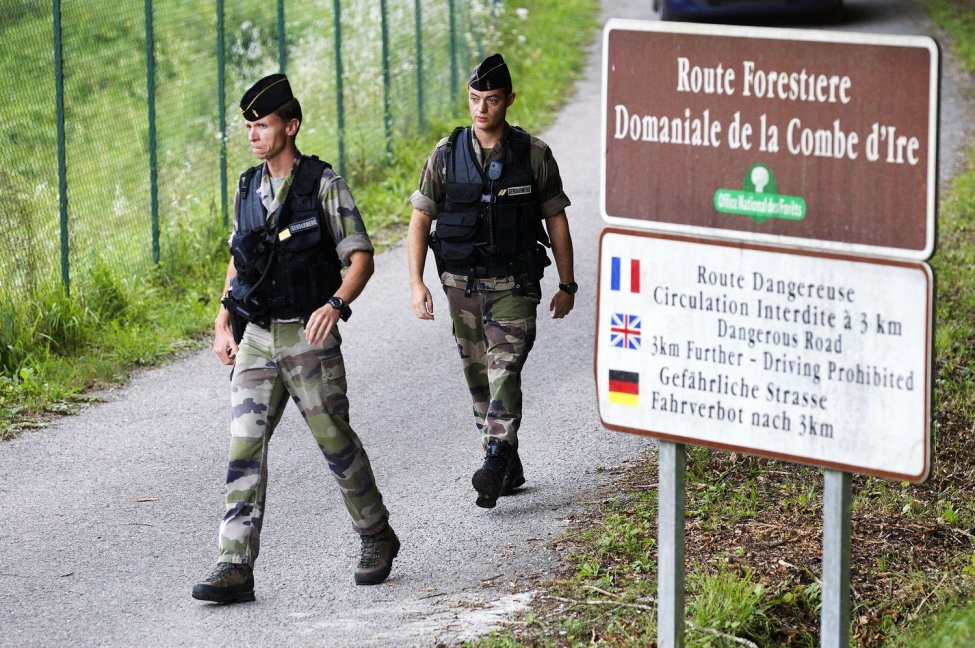 French police walk along the closed road where the fatal shooting of three in a British-Iraqi family and a French cyclist took place in 2012. File Photo by Salvatore Di Nolfi/EPA

Jan. 13 (UPI) — Police released a suspect Thursday in the fatal shootings of three family members and a cyclist in the French Alps in 2012.

Authorities had arrested the unidentified suspect Wednesday morning as part of a new investigation into the cold case and his home was searched.

The suspect was freed with no charges Thursday afternoon, Line Bonnet, the public prosecutor in Annecy, France, announced on Twitter.

“The explanations given and the verifications done allow us to rule out his participation,” Bonnet said in a statement, The Guardian and Independent translated from French.

The investigation stems from the fatal shooting of three British-Iraqi family members: Saad al-Hilli, an Iraqi-born engineer, his wife, Iqbal, and her mother, Suhaila al-Allaf inside their car at a rest stop near Chevaline village in the French Alps, along with a French cyclist, Sylvain Mollier, 45, who was found shot dead nearby.

The couple’s two daughters, age 7 and 4, survived the attack. The older girl was shot in the shoulder and badly beaten, and the younger girl hid under her mother and was unharmed.

The man arrested Wednesday has already been heard as a witness in the case and had been dismissed, French broadcaster BFMTV reported Wednesday.

The man who was arrested on Wednesday was the same motorcyclist two forest guards saw near the crime scene, French media reported. A police image of a biker was released a year after the killings, and in 2015 he was identified and questioned over the killings, but no evidence was found to implicate him.

Basson-Larbi told reporters the arrest was unjustified since his client had been “cleared in 2015” after he was spoken to as a “mere witness.”

“I am pleased and relieved to announce that my client’s custody has come to an end,” Basson-Larbi told BFMTV Thursday. “He lived almost 48 hours of hell, it will take time to recover.”

No charges have been filed in the case, but other suspects have been detained, including al-Hilli’s brother, Zaid, who was arrested on suspicion of murder in 2013, but later told there was not sufficient evidence to charge him.

A 35-year-old Iraqi man identified only as “Mr. S” was also arrested after a claim he was offered “a large sum of money” to kill Iraqis living in Britain, according to the Independent, but he was released without charge after it was established he wasn’t in France on the day of the shootings.

In June 2014, Patrice Menegaldo, a former soldier in the French Foreign Legion, died by suicide after being questioned in the case.