Member of Parliament for the North Tongu constituency and former Deputy Minister for Education under the erstwhile Mahama administration, Honourable Samuel Okudzeto Ablakwa haa shared his opinion about the new academic calendar for schools across the country. He has registered his disappointment over the level of chaos being caused by the management of the Ghana Education Service and the Ministry of Education.

The former Deputy Minister and current member of Parliamentary Committee on Foreign affairs, has said that he finds it worrying how unstable and unreliable the GES has become. He believes that, the Ghanaian general public are beginning to lose confidence in the outfit following several unfortunate changes in the academic calendar. 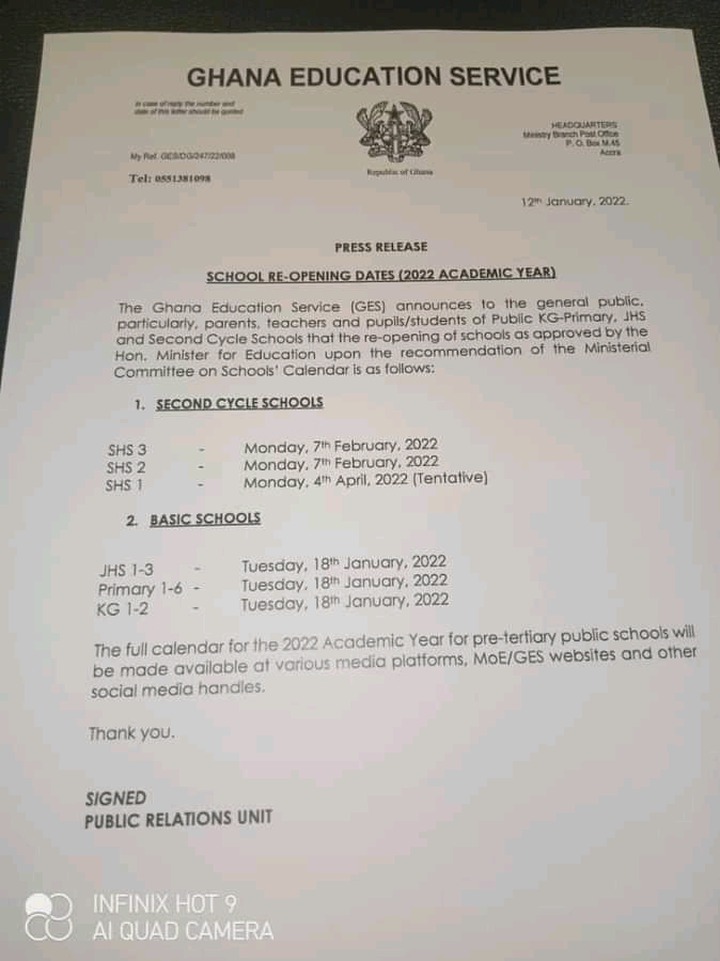 His comments follow after the Ghana Education Service released a statement on the reopening dates for the 2022 academic year. According to the statement, the dates have been approved by the Honourable Minister of Education, Dr. Yaw Osei Adutwum. It was captured that, SHS 2 and 3 would reopen on February 7, 2022 while the First Year students reopen on April 4th, 2022. All Basic Schools reopen on January 18th, 2022.

Reacting to the above statement in an interview on Good Morning Ghana show hosted today, Honourable Samuel Okudzeto Ablakwa expressed a high level of distrust in the outfit. According to him, since the inception of the Akuffo-Addo’s government, the education sector has lacked effective management relative to what was seen during his tenure.

According to him, the disappointment began prior to the inception of the deadly coronavirus pandemic, when students would be confused with different dates for reopening and closing from school. The lawmaker shares with optimism that proactive leadership and measures are needed to grow the ministry and its subsequent outfits.

Speaking further, he was bold to add that the level of achievement in the Education sector remains unprecedented and cannot be underestimated. He believes it would be of benefit to the country if the Ministry starts to emulate some great gestures that was seen under the NDC administration.

He said, “People have began losing trust in the ministry because they have been very inconsistent. Now, there are problems with text book provision and many arrears. The NDC did extremely well. I recall during Mahama’s tenure, there was text book to student ratio. Where is it now? We have been all times low. We have never been like this before.”

Content created and supplied by: Ghana_News (via Opera
News )