Is This A Story For You People To Write? – Sports Journalist Queries GFA For Publishing This News 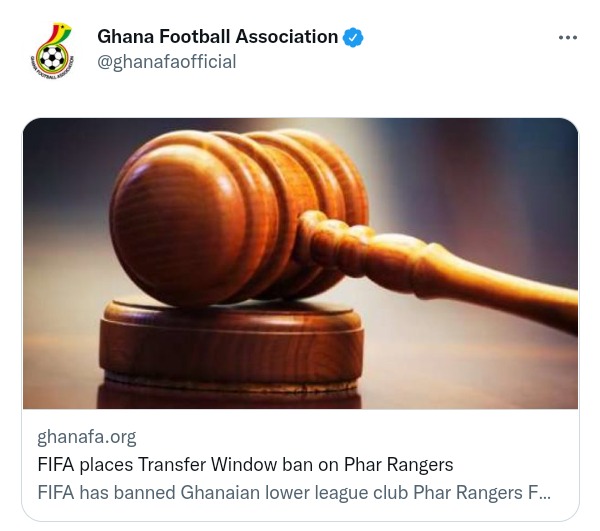 According to Ghana Football Association (GFA), Ghana’s Eastern Regional Third Division side, Phar Rangers FC have been banned by FIFA. Phar Rangers failed to pay an amount of money (thousands of dollars) they owe to a foreign club as ordered by FIFA.

This move of Phar Rangers thus attracted the sanction from FIFA. The ban would prevent Phar Rangers from participating in the next Transfer Window which starts on February 1, 2022. The ban shall be enforced until Phar Rangers settles this debt.

The publication of this news by GFA on Twitter was not received well by popular sports journalist, Fentuo Tahiru Fentuo. Mr. Fentuo commented on the tweet of the football association. Mr. Fentuo believes that GFA should not be publishing such news. He thus asked, Why is this a story for you people to write?”

Use the link below to have access to the full article from GFA: