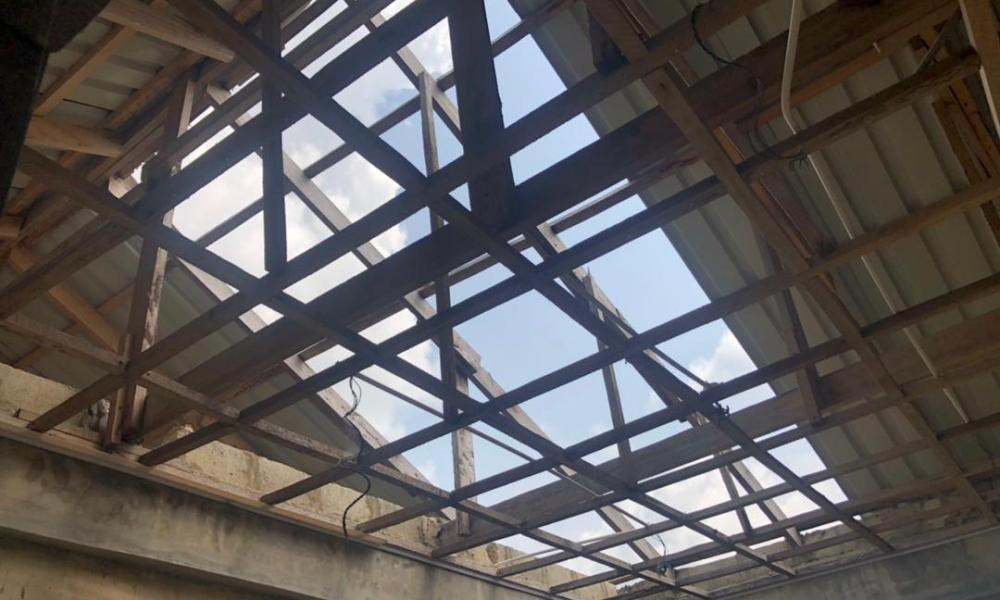 A Community Day School now known as E-block which was built by former President John Dramani Mahama administration at New Edubiase in the Ashanti Region has developed defects at sections that threaten the existence of the building.

The school which was at an advanced stage of completion has been abandoned for the past 5 years with a portion of the roof of the building ripping off, while others have suffered cracks. A stadium built by the former president for the same area suffered a worse fate.

A journalist Osei Kwadwo who visited the New Edubiase Community Day reports that some of the doors have been destroyed, while the 3 poly tanks for the school have been left untouched.

The Former Deputy Ashanti Regional Hon Joseph Yammin who embarked on an inspection of abandoned John Mahama’s projects in Ashanti Region in an interview with Osei Kwadwo on Ambassador TV on YouTube expressed his disappointment about the current state of New Edubiase E-Block.

According to Joseph Yammin, all John Dramani Mahama projects which have been abandoned in the country especially Ashanti Region would have been completed if NDC and John Mahama won the 2016 general elections.

“I don’t know if President Akufo-Addo is just punishing Ghanaians by abandoned projects started by John Dramani Mahama or he thinks if he continues the project, Ghanaians will know Mahama was not incompetent as they told Ghanaians,” Yammin said

“Government after implementing Free SHS introduced double track system because of inadequate school infrastructure but yet this same government has abandoned all community day schools started by John Dramani Mahama and NDC”.

Joseph Yammin added that “I think Ghanaians are not angry enough because it is the right time Ghanaians should join the Aflao Chief and force President Akuffo-Addo’s government to complete the abandoned projects.”

He assured that all John Dramani Mahama and NDC projects which have been abandoned will be completed when NDC wins the 2024 general elections.

Ghanaians have lost confidence in Milo and his team