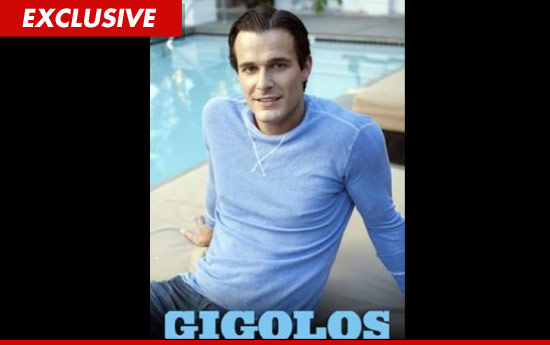 One of the stars of Showtime’s reality program “Gigolos” — about real-life male escorts in Vegas — was arrested early Friday morning for felony domestic violence … TMZ has learned.

Law enforcement sources tell TMZ, 31-year-old Jimmy Clabots — who also starred in the movie “Another Gay Sequel: Gays Gone Wild!” — had gotten into a verbal altercation with his girlfriend … and it quickly got physical.

Cops were called — and when they arrived on the scene, we’re told police observed visible signs of injury on Jimmy’s girlfriend.

Jimmy was arrested on the spot. He is currently in custody on $50,000 bail.

Calls to Jimmy’s rep were not returned.