Bolton’s Lee out for nine months 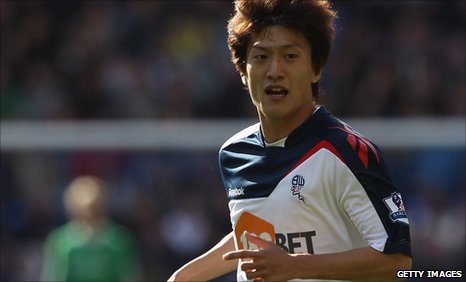 Bolton midfielder Lee Chung-yong will be out for at least nine months after breaking his leg in Saturday’s pre-season friendly at Newport County.

The South Korean, 23, underwent a successful operation after sustaining a double fracture of his lower right leg.

He was carried off on a stretcher midway through the first half following a challenge from Tom Miller.

“We will make sure Chung-yong gets all the support he needs,” Bolton boss Owen Coyle told the club website.

“Now it is all about his recovery and his well-being, that is the most important thing. The operation went well and we would like to pass on our thanks to the medical staff involved.”

Lee, a South Korea international, joined Bolton from FC Seoul in the summer of 2009.

Here is the original post:
Bolton’s Lee out for nine months