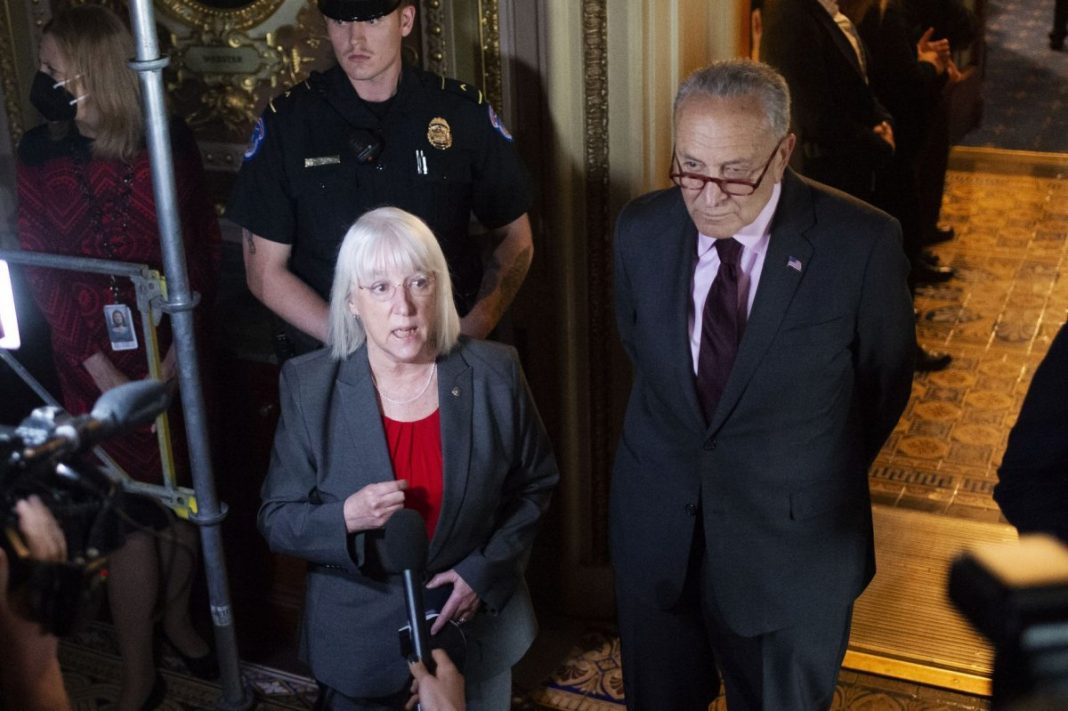 “I am humbled to be chosen by my colleagues to continue leading Senate Democrats as we continue to work with the Biden-Harris administration to deliver real results for the American people,” Schumer said in a statement.

“The American people have chosen progress and democracy, and our caucus will continue to provide the leadership necessary to provide relief to working families grappling with the health and economic aftereffects of the COVID crisis, worsening income inequality, and more.”

Schumer’s re-election was expected with Senate Democrats gaining a one-seat numerical advantage in the body in a term where the party in power usually loses seats. Tuesday’s re-election of Raphael Warnock in Georgia solidified continued Democratic control.

Murray, D-Wash., replaces Sen. Patrick Leahy, D-Vt., as president pro tem. Leahy is retiring at the end of the year. Murray had been assistant Democratic leader, a position that is being eliminated.

“The midterm elections showed that Americans support the vision Senate Democrats, along with President Biden and Vice President Harris, have for the nation,” Durbin said. “With this leadership team, we will continue our work for the American people.”

Stabenow hailed the Senate’s progress through the first half of President Joe Biden’s term.

“From Day 1, Senate Democrats have been laser-focused on getting things done for the American people,” Stabenow said.. “We took on special interests and won — lowering the cost of health care, combatting the climate crisis, and creating jobs.”