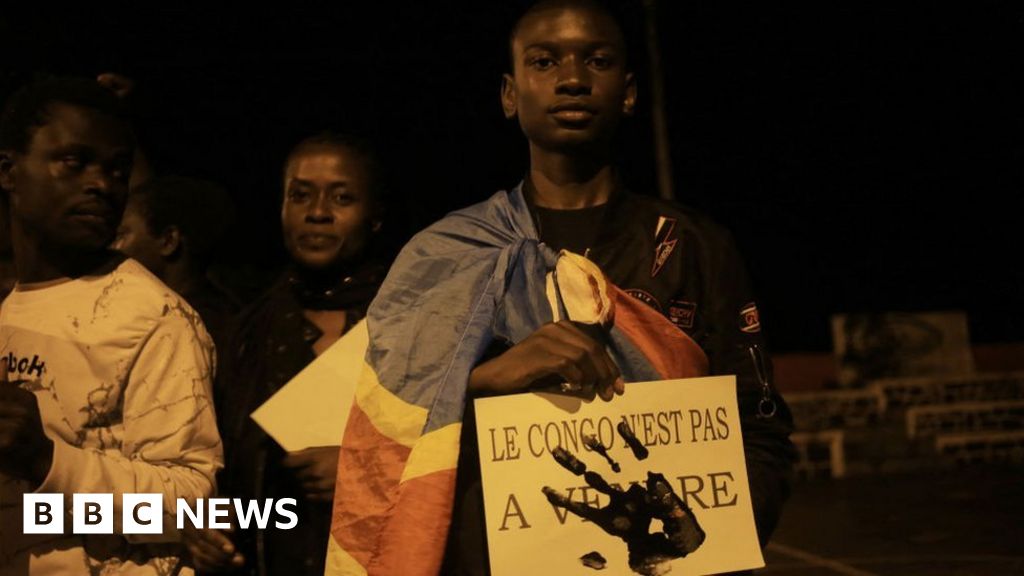 A UN investigation has found that at least 131 civilians in the Democratic Republic of Congo died in a November attack by the M23 rebel group.

The UN report said the massacre took place in two villages – Kishishe and Bambo – in the Rutsuhuru district of the eastern North Kivu province.

Investigators said the attack appeared to be a reprisal for a current government offensive on the rebels.

But the UN’s Monusco peacekeeping mission in the country said 102 men, 17 women and 12 children were “arbitrarily executed” by the rebel group “as part of reprisals against the civilian population”.

At least 22 women and five girls were also raped, the report said

“This violence was carried out as part of a campaign of murders, rapes, kidnappings and looting against two villages in the Rutshuru territory as reprisals for the clashes between the M23” and other armed groups, including the FDLR, the statement said, adding that the true number of killed could be even higher.

It also said that M23 fighters then buried the bodies of the victims in “what may be an attempt to destroy evidence”.

The government had initially said that over 300 civilians were killed in the attack, which took place between 29-30 November. But its spokesman Patrick Muyaya accepted on Monday that it was difficult to arrive at a firm figure as the region was under M23 occupation.

Congolese authorities have described the killings as war crimes and called for deeper investigation, while protests have been organised in the capital, Kinshasa and Goma, the main city in North Kivu.

Investigators said they couldn’t access the villages where the massacre occurred, but they interviewed 52 victims and direct witnesses who fled the attack in the town of Rwindi about 20km (12 miles) away.

Witnesses told the UN’s team that members of the rebel group broke down doors, shot civilians, looted property and burned villagers out of their homes.

“MONUSCO condemns in the strongest terms the unspeakable violence against civilians and calls for unrestricted access to the scene and the victims for emergency humanitarian assistance,” the investigators said.

An M23 spokesperson rejected the UN’s findings and insisted that it had “asked that there be investigations together with us in Kishishe but the UN never came”.

“The UN is under pressure from the government to come up with a figure, even if it is false,” spokesperson Lawrence Kanyuka said.

The M23 group was formed a decade ago. It says it is defending the interests of ethnic Tutsis living in DR Congo against Hutu militias and has been involved in a long-running conflict against the central government.

After lying dormant for several years, it took up arms again last year and has been leading an offensive in eastern DRC against the Congolese army.

The massacres in Kishishe and Bambo followed clashes with the FDLR militia, which includes some of the ethnic Hutu leaders of the 1994 genocide in Rwanda who fled across the border into what is now DR Congo.

The M23 has meanwhile accused pro-government forces of “genocide and targeted killings” against the Tutsi community. It said its positions in Bwiza were attacked on Tuesday, despite the current ceasefire agreement.

The M23 has said it is ready to withdraw from the some of the territory it controls. It made the announcement on Tuesday following peace talks in the Kenyan capital, Nairobi, even though it did not attend the talks.

DRC President Felix Tshisekedi has accused neighbouring Rwanda of seeking to destabilase the country by providing weapons to the rebels, an allegation recently endorsed by UN experts. However, this has been denied by the Rwandan government.

More than 100 different armed groups operate in the mineral-rich eastern DR Congo, which has been ravaged by conflict for about three decades.

Several countries have sent troops to DR Congo this year as part of an East African Community (EAC) taskforce to try and disarm the groups and bring peace to the area.

More on this story