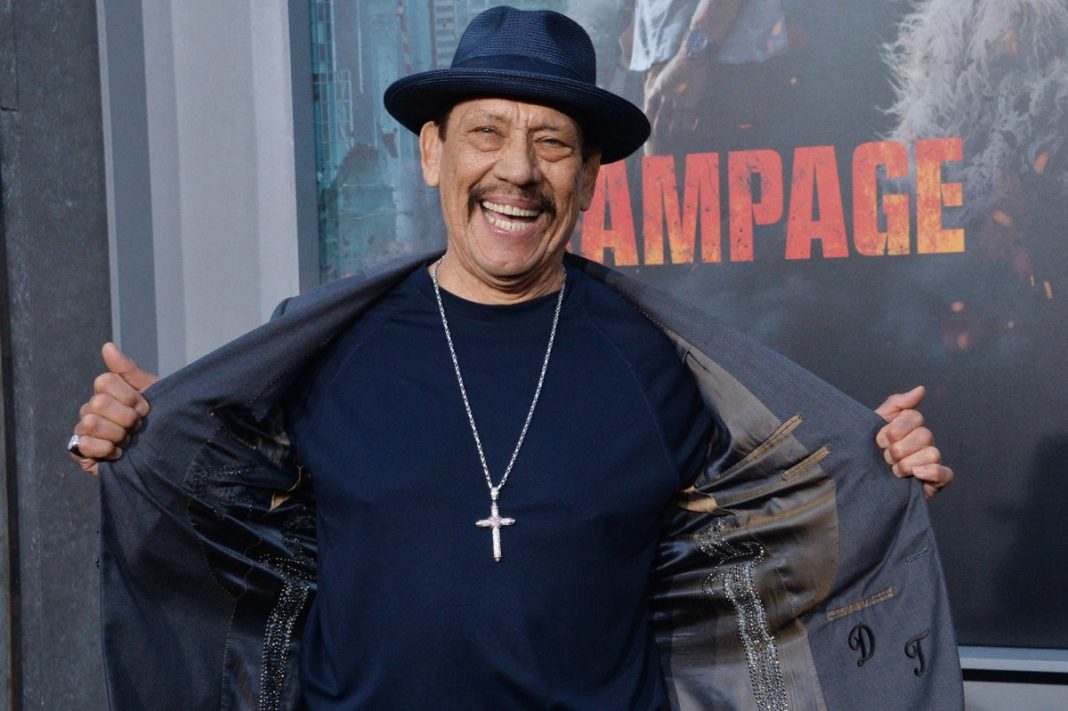 NEW YORK, Dec. 8 (UPI) — Danny Trejo’s path to becoming one of Hollywood’s busiest and most beloved actors wasn’t a straight or easy one.

Before he starred in hundreds of screen roles in films like Renegades, Machete, Machete Kills, Desperado, Heat, From Dusk Till Dawn, Spy Kids, Con Air, Anaconda, Grindhouse, Runaway Train and Muppets Most Wanted, and TV shows such as Sons of Anarchy, American Gods and The Book of Boba Fett, Trejo was a drug addict who served time in prison for various crimes, including assault.

But he earned his high school diploma and found faith in God while incarcerated. And, for more than five decades, he said he has been clean and sober, and determined to help everyone he meets. In addition to working as a substance abuse counselor, he also assists countless charities.

“I’ve been overwhelmed since 1969 when I got out of prison. I turned my life over to the care of God as I understand Him. I promised God that if he let me die with dignity, I will say His name every day and I will do what I can for my fellow man,” the 78-year-old actor told UPI in a recent phone interview.

Trejo was honored for his best-selling memoir, Trejo: My Life of Crime, Redemption and Hollywood, at the Writers in Treatment and the Guest House’s 12th annual Experience, Strength and Hope Awards in Los Angeles on Wednesday night.

The actor-author was humbled by the recognition for his New York Times best-seller, but what really makes Trejo happy is when readers come up to him and say the book resonated with them or made them feel seen.

“I was really glad I wrote it. I was really proud that [co-writer] Donal [Logue] and I put it together,” Trejo said.

“People were telling me to write a book for years and I would have people help me write it, but I don’t use words like ‘prolific.’ It’s ‘a bunch,’ so I could never get it.”

Trejo and Gotham actor Logue have known each other since 1991, and a few years ago, Logue started to write down some of their conversations. When Trejo read them, he recalled telling the other actor, “Wow! That sounds exactly like me,” and Logue replied, “Danny, let’s write a book.”

Once they decided to do it, Logue followed Trejo around with a tape recorder, sometimes arousing suspicion from the addicts and ex-cons with whom Trejo was working.

“Sometimes the guys would be like: ‘What’s he going to do with the tape recorder, Homes? Is he DEA?'” Trejo laughed. “I owe that book to him, Donal Logue, an amazing man and an amazing writer.”

Trejo and Logue met when Logue was working as a janitor at the Hollywood Drug and Alcohol Center and Trejo was there for a meeting. But they didn’t really bond until eight years later on the set of Reindeer Games, when Logue was a new father going through a tough time away from his young family.

“We started talking and I said: ‘Look, your baby’s gotta eat and the mama’s got eat and you gotta pay the rent. She can’t work, so you have do this unless you want to go be a carpenter or a plumber because this is your job.’ So, we became unbelievable friends throughout the years,” Trejo said.

The actor has made a lot of friends over the years and has a generous open door policy.

“Everybody’s got a key but me,” he joked. “Someone is always at my house, and it’s always a good feeling coming home.”

While some people try to distance themselves from their trouble pasts, Trejo has never forgotten who he is or where he came from. His personal trials and tribulations have taught him a valuable lesson — never give up on someone.

Trejo said that when he was a child he was put in a special class.

“They were all the bad kids in school. The kids who couldn’t behave. When I started working with autistic kids, I realized everybody in that class was on the spectrum somewhere, but, in the 1950s, nobody knew. We were just bad kids. Uncontrollable,” he said.

Noting he probably would be diagnosed with attention deficit disorder if he was a kid today, Trejo said he loves going to schools to encourage youths to stay out of trouble and make something of their lives.

“I love the fact that I am an actor and I work, but the Good Lord has given me this platform that I can go into an auditorium of screaming kids that teachers cannot control and I can walk on the stage and it’s quiet — not because of Danny Trejo, but the guy from Spy Kids, the guy from Heat, the guy from Desperado, the guy from Con Air. They want to see what those guys have to say,” he said.

“I’ve had teachers come to me with tears in their eyes and tell me, ‘You got to them!'” Asked what he considers the biggest achievement of his acting career, he didn’t name a movie that made a lot of money or brought him his best critical reviews.

It was From a Son, in which his own real-life child Gilbert co-starred, as well as directed. Making the movie was a bittersweet experience because it was about a father searching for his drug addicted child, who eventually turns up dead.

“When it came time for the scene, I was going to do it like John Wayne,” Trejo said, audibly choking up as he explained that he, like Wayne, was not a man who cried easily.

“I completely lost it. I never remember crying like that. This was a booger cry! What’s worse is I’m trying to stop it,” he chuckled.