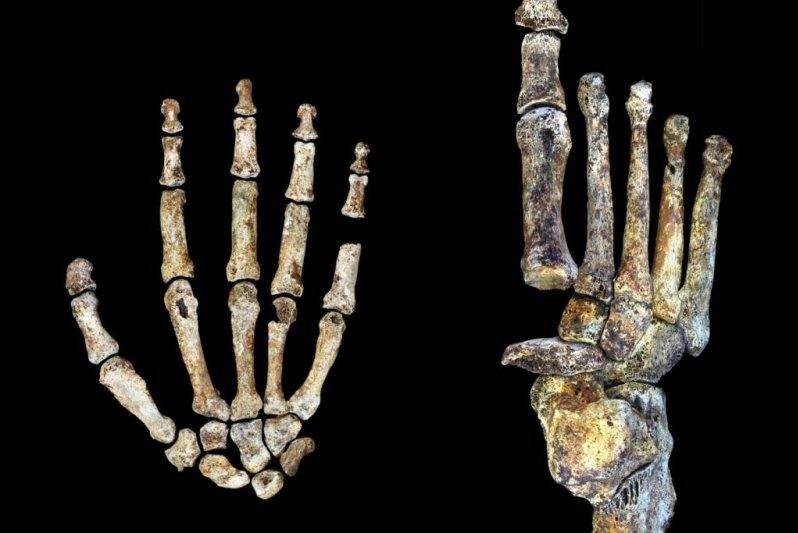 Dec. 6 (UPI) — South African archaeologists say they have proof that a close relative of humans used fire for both light and cooking meat, despite having a much smaller brain than ours.

The claims around Homo naledi haven’t been published or peer-reviewed yet, but the discovery made by paleoanthropologist Lee Berger and his team is drawing a lot of attention to the small Rising Star cave system in South Africa.

Berger, who is also a National Geographic Explorer and chairs the paleo anthropology department at South Africa’s University of the Witwatersrand, revealed his latest findings during a lecture earlier in the month at the Carnegie Institution of Science in Washington, D.C.

“We are fairly confident to formulate the hypothesis that this small-brained hominid, Homo naledi, that existed at the same time we believe Homo sapiens were sharing parts of Africa, was using fire for a variety of purposes,” he said during the lecture.

The discovery’s brain was around a third of the size of a human brain, while it averaged around 56.6 inches in height and weighed around 88 pounds.

Cave explorers first discovered the skeletal remains of Homo naledi in 2013, inside the dark, cramped Rising Star cave system. The area was littered with bone fragments.

A 2015 study confirmed the bones came from a new species and marked the differences between it and Homo sapiens, pointing to a combination of primate and early human anatomy.

Dating of its fossil remains in 2017 showed that it lived between 230,000 and 330,00 years ago, meaning that it could have co-existed with Homo sapiens.

“We have massive evidence. It’s everywhere,” Berger said in an interview with New Scientist, following the lecture.

Berger has been studying the cave system since the initial discovery, but the tight quarters make it extremely difficult and dangerous to get inside and maneuver around.

It wasn’t until more recently, after purposely losing 55 pounds, that he was able to himself get inside a cave system, that he referred to as “horrifically dangerous” in an interview with The Washington Post on Thursday.

“It’s not a space made for six-feet-two people like me. I’m by far the largest person who’s ever been in,” he told New Scientist.

“I almost died on the way out.”

Inside he found evidence of fire, charcoal and soot, as well as burned antelope bones.

The claims of controlled fire use are drawing a fair amount of skepticism from Berger’s colleagues. When Homo sapiens began using fire for cooking and to provide light, is one of the most contested questions in paleoanthropology.

Studies must first date both the evidence of fire and the bones to prove they come from the same time period, Tim D. White, director of the Human Evolution Research Center at the University of California at Berkeley, told The Post in an interview.

“There’s a long history of claims about the use of fire in South African caves,” White said.

“Any claim about the presence of controlled fire is going to be received rather skeptically if it comes via press release as opposed to data.”