Russia warns it will not sell oil under price cap 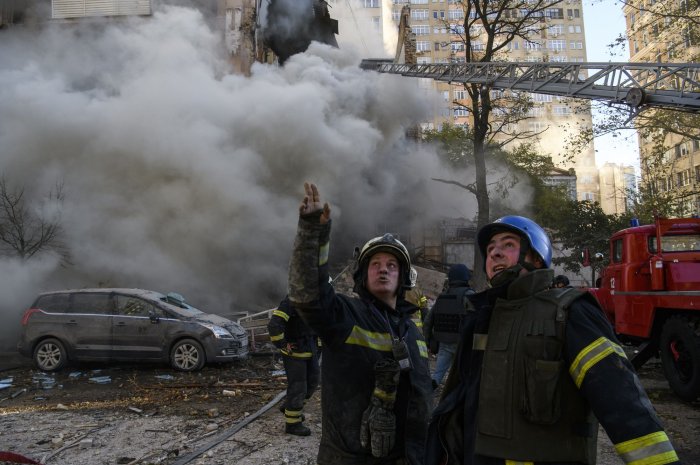 Dec. 5 (UPI) — Russia is warning that it will not sell oil under a price cap, as democratic nations move to limit profits the Kremlin can reap from the sale of its energy commodity amid its war in Ukraine.

Russia Deputy Prime Minister Alexander Novak made the comment Sunday, a day before a European union embargo on seaborne shipments of Russian crude and a price cap of $60 a barrel goes into effect on Monday.

Novak’s comments also come after the Group of 7 nations on Friday announced that they along with Australia will enforce the same price cap on Russian-origin oil from Feb. 5, the same day that the EU’s embargo expands to refined petroleum products.

“We will sell oil and oil products to those countries, which will work with us on market conditions, even if we have to somewhat cut production,” Novak said, state-run TASS news agency reported.

In response to the ally nations, Russia will look to mechanisms to ban price caps on oil sales, Novak said, stating that they violate World Trade Organization rules.

“We think that such interference may entail further destabilization, shortages of energy resources and reduction of investments,” he said. “It may be applied not only to oil but to other products on the market, and not only to Russia but to other countries as well.”

The democratic nations have been working for months to initiate a price cap on Russian oil and petroleum products as they seek to punish Russia over its invasion of Ukraine and limit its financial capabilities to continue with its war of aggression.

While $60 a barrel is where the countries landed on, some had sought to further tighten their financial vices with Ukrainian President Volodymyr Zelensky stating in his nightly address over the weekend that it will only be a matter of time before stronger restrictions will need to be employed.

“The logic is obvious: If the price limit for Russian oil is $60 instead of, for example, $30, which Poland and the Baltic countries talked about, then the Russian budget will receive about $100 billion a year,” he said.

“This money will go not only to the war and not only to Russia’s further sponsoring of other terrorist regimes and organizations. This money will also be used to further destabilize precisely those countries that are now trying to avoid big decisions.”

Firefighters conduct work while smoke rises from a building after it was attacked by Russian drones in Kyiv, Ukraine, on October 17, 2022. Photo by Vladyslav Musiienko/UPI | License Photo