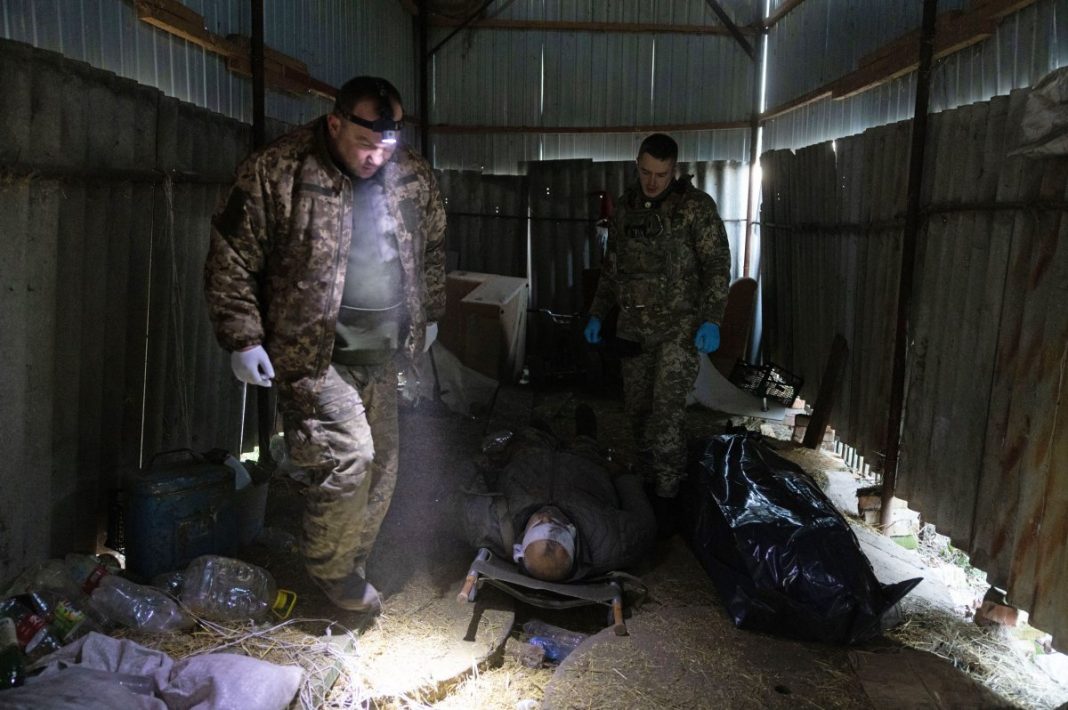 Dec. 5 (UPI) — Ukrainian officials said on Monday that Russia fired more than 100 missiles and bombs by air and sea into a wide range of targets in the country during its latest barrage as winter temperatures dropped to below freezing.

Kyiv warned residents to take cover, saying that 104 Russian missiles had been fired from 13 aircraft along with possible launchings from sea-bound Kalibr missiles.

Moscow-appointed officials said an attack in the Luhansk city of Alchevsk killed nine people but did not say if the deaths were related to Monday’s missile attack or another assault.

The Donetsk region town of Kurakhove and the village of Gostre came under Russian attack, damaging a kindergarten, four high-rise buildings and seven private houses, according to Pavlo Kyrylenko, head of the Donetsk Regional Military Administration.

Kyrylenko said Russia continued to focus on winning the city of Bakhmut after weeks of attacks. Russia needs the city as a pathway to further advances in the Donetsk region, which Moscow claimed it annexed in the fall.

Anatolii Kurtev, secretary of the Zaporizhzhia city council, said “several” explosions have been reported there on Monday afternoon.

“Some of them are the echoes of enemy incoming hits in the suburbs,” Kurtey said, who could not confirm the target of the missiles. “Another part is the successful work of the Air Defense Forces.”

Meanwhile, the Kremlin acknowledged two separate explosions at military air bases in Russia, hundreds of miles from the Ukrainian border, but did not say who was responsible. The attacks at the airfields in the Saratov and Ryazan regions damaged a fuel tanker in one location causing three deaths while two Tu-95 strategic bombers were hit in the other.