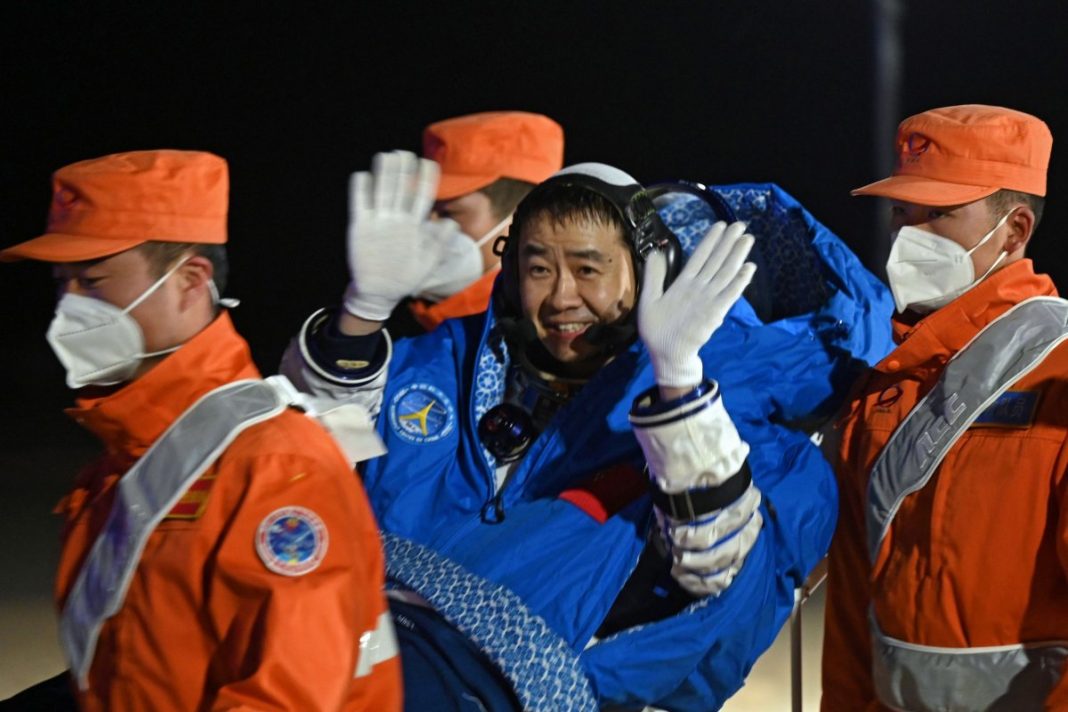 Dec. 4 (UPI) — A crew of three Chinese astronauts returned to Earth on Sunday after carrying out “basic construction” on the country’s new space station.

The astronauts — Chen Dong, Liu Yang, and Cai Xuzhe — safely exited the Shenzhou 14 spacecraft after completing a 182-day mission to the Tiangong space station, according to the national broadcaster China Central Television.

The astronauts landed at the Dongfeng landing site in the Gobi Desert in Inner Mongolia as the recovery team rushed to cut the spacecraft’s parachute line by hand, which is normally severed automatically after landing to avoid dragging the capsule.

It marked the second landing at Dongfeng, according to Space Flight Now.

The China National Space Administration successfully launched the Shenzhou 15 mission on Nov. 29, the fourth manned mission in the program.

“The crew of the astronauts was in good condition and the launch was a complete success,” CNSA said in a statement at the time.

“During the working and living period of the space station, the crew of astronauts will carry out multiple out-of-cabin activities to complete various tasks such as installation, commissioning, maintenance and repair of equipment inside and outside the cabin, assembly management, and space science and technology experiments.”