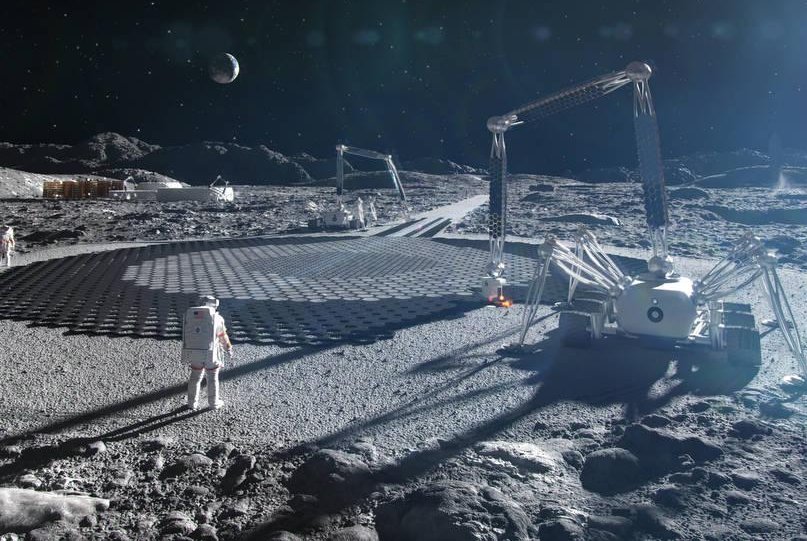 Nov. 29 (UPI) — A Texas-based company has landed a five-year contract from NASA to build landing pads, roads and shelter on the moon and on Mars.

ICON, which is known for its 3D-printed homes and military barracks, announced Tuesday it has won a $57 million contract from NASA to build Project Olympus, which will 3D-print infrastructure constructed from existing materials on the moon and Mars. The company is already using 3D-printing technology to build a 100-home planned community north of Austin.

“From the very founding of ICON, we’ve been thinking about off-world construction. It’s a surprisingly natural progression if you are asking about the ways additive construction and 3D-printing can create a better future for humanity,” ICON co-founder and Chief Executive Officer Jason Ballard said in a statement.

“In order to explore other worlds, we need innovative new technologies adapted to those environments and our exploration needs,” Niki Werkheiser, a director at NASA’s Space Technology Mission Directorate, said in a statement.

ICON has worked with NASA for two years using large-scale 3D-printing technology to build prototypes for extraterrestrial bases. The Austin-based startup has 3D-printed a simulated Mars habitat called Mars Dune Alpha, which NASA plans to use for simulated missions next year.

“We feel real weight and responsibility — we’re not just doing this for ourselves, we’re giving humanity the capability to build on other worlds,” Ballard told Axios.

NASA could use ICON’s technology on the moon as early as 2026, according to Ballard.

“The final deliverable of this contract will be humanity’s first construction on another world, and that is going to be a pretty special achievement,” Ballard said.

The new structures will test the limits of existing metal and inflatable architecture that will be required to protect inhabitants from a large range of temperatures, radiation and micro-meteorites, according to the company.

ICON said its proposed Project Olympus, which would be a self-driving 3D printer, would be delivered to the moon or Mars to print the structures. The company also plans to experiment with simulated lunar dirt to see how it behaves under reduced gravity.

“To change the space exploration paradigm from ‘there and back again’ to ‘there to stay,’ we’re going to need robust, resilient and broadly capable systems that can use the local resources of the moon and other planetary bodies,” Ballard said.

“From the lab to the field to the moon… it’s time to build.”