Watch: Skunk spotted in the stands during Browns-Buccaneers game 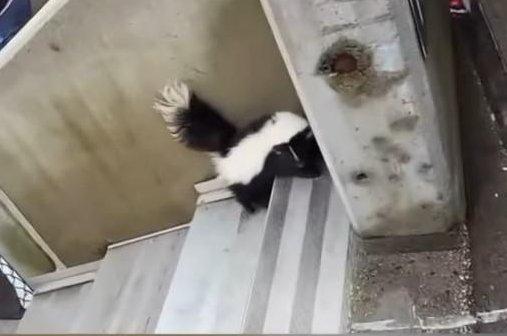 Nov. 28 (UPI) — A skunk was spotted in the stands during the Cleveland Browns game against the Tampa Bay Buccaneers and the animal was caught on camera by surprised fans.

Fans captured photos and video Sunday when the skunk was spotted wandering in section 141 of FirstEnergy Stadium in Cleveland.

It was unclear how the skunk found its way into the stadium and its ultimate fate was unknown. It was also unclear whether anyone was sprayed by the animal.

The animal was branded the “rally skunk” by some fans after the Browns came back from behind to defeat the Buccaneers in overtime.