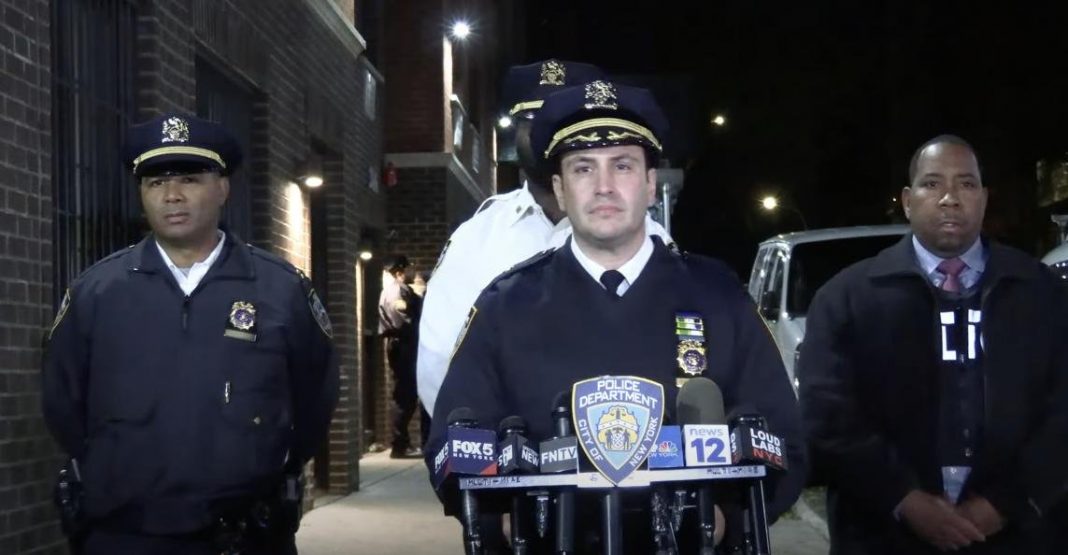 Nov. 27 (UPI) — Two young children were brutally stabbed to death in the Bronx over the weekend, authorities said, adding their mother is in police custody.

Deputy Chief Luis De Ceglie of Patrol Borough Bronx told reporters during a late Saturday press conference that the children, ages 11 months and 3 years, were found with multiple stab wounds to the neck and torso Saturday evening at a apartment building listed as a family homeless shelter.

The boys’ mother, a 24-year-old woman, has been taken into police custody as a person of interest, he said.

According to authorities, officers were called to the apartment in Mount Hope’s Echo Place at about 7:20 p.m. over reports of a woman acting erratic but non-violent. Police said they were informed that she was burning objects in the kitchen.

On arrival, the officers found the woman naked inside the third-floor apartment and took her into custody without incident. She was then transferred to St. Barnabas Hospital for evaluation.

De Ceglie said a family friend told police that the woman’s two sons were with their father, but shortly before 8 p.m. officers were again called to the apartment on reports of two unconscious children.

The officers arrived to find the two boys suffering from stab wounds and attempted to resuscitate them with the aid of an unidentified family member. The children were then transferred by ambulance to New York-Presbyterian/Columbia University Hospital for treatment.

“Despite the officers’ best efforts, both children succumbed to their injuries,” De Ceglie said. “At this time, we have a person of interest in custody and the investigation is ongoing.”

It is unclear when the children were attacked and if they were at the apartment when the officers first arrived.

The boys’ unidentified mother has yet to be named a suspect in the case, and authorities said their father has not been detained.