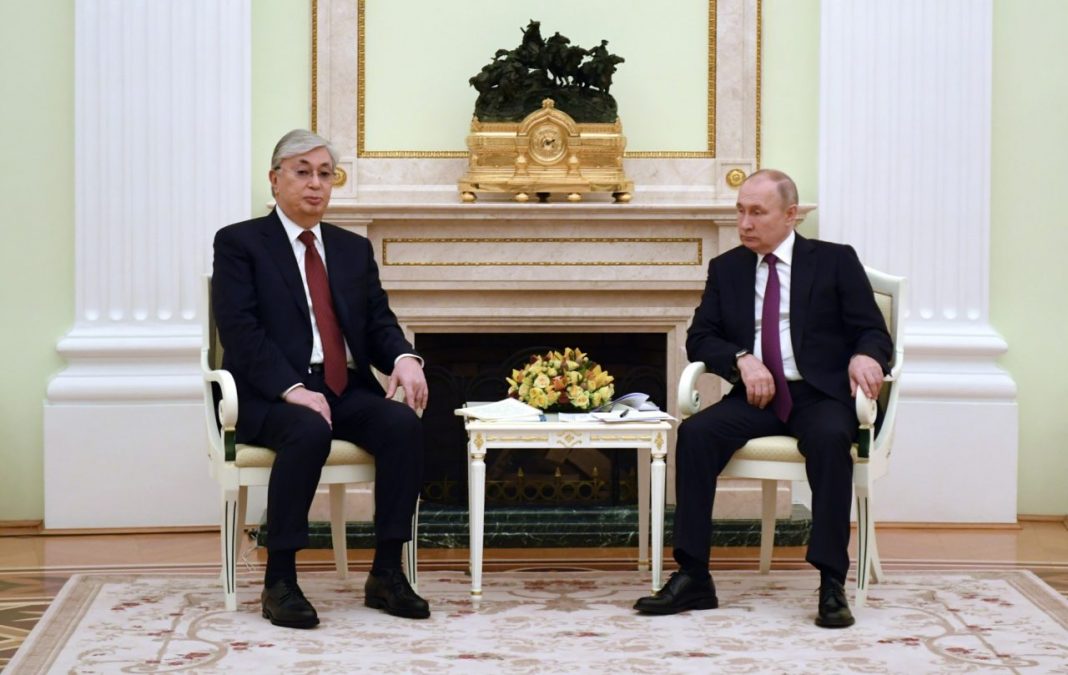 It was the Kazakh leader’s first foreign trip since being inaugurated for a second term last week, with the 69-year-old saying his choice to visit Moscow was symbolic.

“This is my first foreign visit after this event and that in itself has political significance and, of course, a certain symbolism,” Tokayev said, sitting next to Putin ahead of talks.

“For Kazakhstan, Russia is and has always been a strategic partner.”

Putin told Tokayev that relations between Moscow and Astana have a “special character.”

He called on strengthening of economic ties, saying this was “especially timely now, when international trade is in crisis.”

The pair also addressed an inter-governmental forum focused on trade in the Russian city of Orenburg, near the border with Kazakhstan, via video link.

Russia’s offensive in Ukraine has made some of its former Soviet allies, including Kazakhstan, nervous.

Speaking at a summit of the Moscow-led CSTO security bloc in Armenia last week, Tokayev called for a “joint collective search for a formula for peace.”

“We must not allow the fraternal Russian and Ukrainian peoples to part ways for tens or hundreds of years with mutual unhealed grievances.”

Tokayev has also allowed tens of thousands of Russians fleeing a military mobilisation in Russia into Kazakhstan.

He was re-elected for a second term earlier this month, winning a vast majority of votes after facing no real opposition candidates.