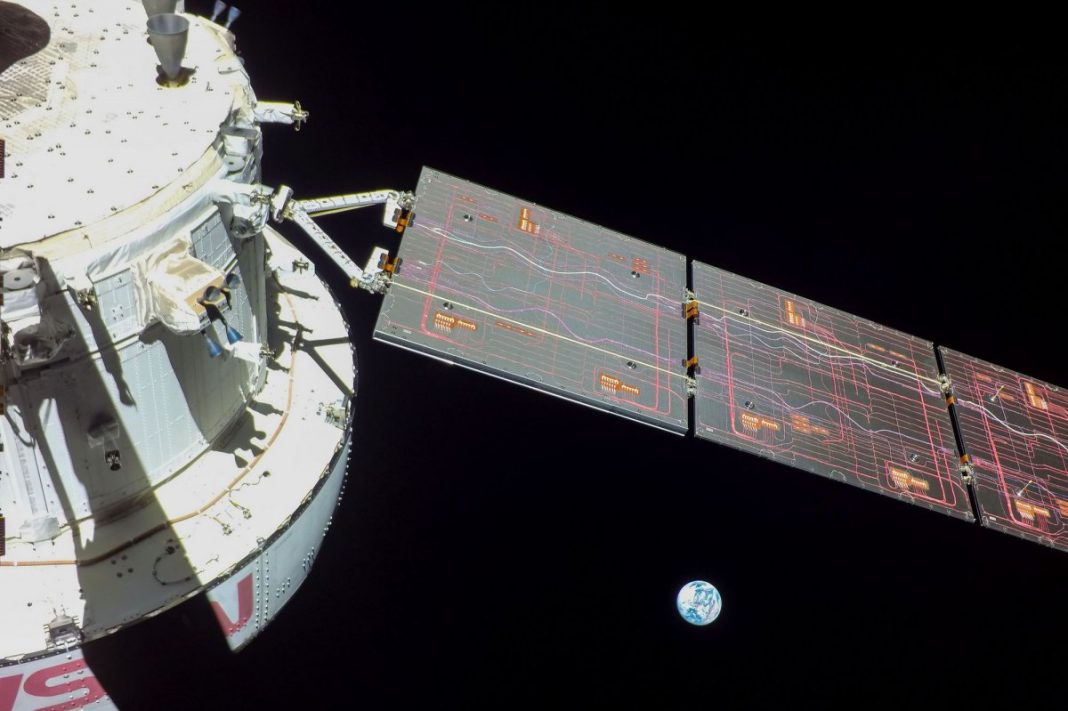 Nov. 28 (UPI) — NASA’s Orion space capsule is set to reach farthest distance from Earth on Monday and successfully completed the first half of a mission that will ultimately return American astronauts to the moon.

The spacecraft will travel 270,000 miles away from Earth, marking the midpoint of its mission after initiating its distant retrograde orbit around the moon on Friday, following its launch earlier in the week.

The craft will remain in orbit approximately 50,000 miles above the lunar surface for about a week to rigorously test its onboard navigation systems before it returns to Earth around Dec. 5.

The U.S. space agency is scheduled to provide an update on the Artemis 1 flight test at 5 p.m. Monday from Johnson Space Center in Houston, as Orion entered its 12th day in space.

NASA administrators indicated that the first leg of the mission was going according to plan following a minor setback in which mission control temporarily lost contact with the unmanned ship for 47 minutes last Wednesday.

“Good performance across the board on all our subsystems and systems, and certainly really happy with the performance,” said Orion Program Manager Howard Hu said Sunday night.

Among the tests that Orion will perform are three orbital maintenance burns to keep the spacecraft on course, NASA said previously. Engineers also planned to conduct a 24-hour examination of engine performance.

The Artemis 1 mission, which launched from Kennedy Space Center on Nov. 16, sets the stage for astronauts to return to the lunar surface for the first time since 1972, which will happen sometime in 2025 or 2026 as part of the Artemis 3 mission.

Next year, astronauts will be aboard the Artemis 2 capsule, which will circle the Earth and moon as part of the mission’s first manned test flight.

Artemis would ultimately pave the way for mankind to reach Mars.