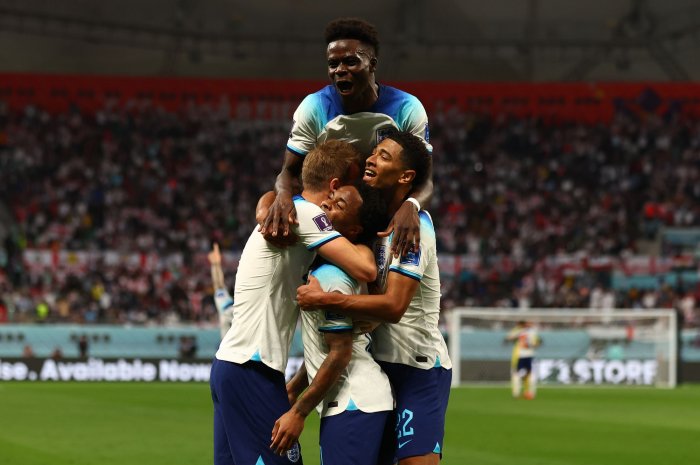 Nov. 27 (UPI) — The U.S. soccer posted a graphic for its upcoming match against Iran with the emblem of the Islamic Republic removed in a show of support for protestors.

The graphic was included temporarily on the Twitter header of the men’s national team. It included flags of the team’s upcoming opponents, but the Iranian flag was altered. The graphic was later changed to include the emblem of the Islamic Republic.

“We wanted to show our support for the women in Iran with our graphic for 24 hours,” the federation said,” the U.S. Soccer Federation said, reported by Yahoo.

Iran responded to the display, saying by removing the emblem, the team was removing the name of God from the flag.

Iran is in the midst of long standing anti-government protests which have shifted specifically towards the government’s oppression of women. On Sept. 16, Mahsa Amini, a 22-year-old Iranian Kurdish woman, was killed in police custody in Tehran, sparking a mass protest.

The Tasnim News Agency, a news organization affiliated with Iran and the Islamic Revolutionary Guards Corps., reports the Iranian Federal Football Agency will file a complaint against U.S. soccer to Fifa’s Ethics Committee. The policy it is citing states “any person who offends the dignity or integrity of a country, a person or group of people – shall be sanctioned with a suspension lasting at least ten matches or a specific period.”

Raheem Sterling (C) of England is mobbed by teammates after he scoried his third goal during the 2022 FIFA World Cup Group B match between England and Iran at the Khalifa International Stadium in Doha, Qatar, on November 21, 2022. England beat Iran 6-2. Photo by Chris Brunskill/UPI | License Photo