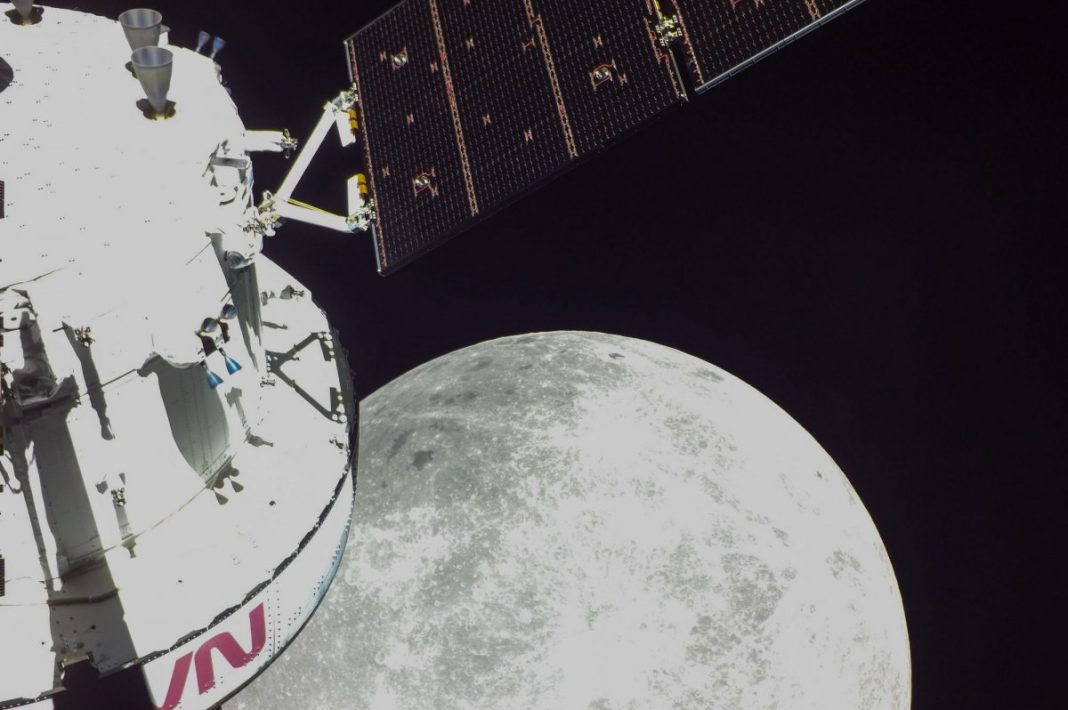 Nov. 25 (UPI) — NASA’s Artemis 1 Orion spacecraft is expected to begin its orbit around the moon on Friday afternoon, following its launch earlier in the week.

Orion will perform an engine burn at 4:52 p.m. EST on Friday, which should send it into a distant retrograde orbit around the moon. The distant term refers to the altitude. The spacecraft will orbit approximately 50,000 miles above the lunar surface.

When in lunar orbit, Orion will perform three orbital maintenance burns to keep the spacecraft on course, NASA said in a blog. Once there, engineers will conduct a 24-hour test of the reaction control system engines to evaluate engine performance for standard and non-standard thruster configurations.

The spacecraft on Monday morning came within 81 miles of the moon’s surface in its closest flyby yet in a critical test of the vehicle.

Orion will stay in the orbit for about a week to test spacecraft systems. That will take Orion 40,000 miles past the moon before it returns to Earth. Orion’s greatest distance from the Earth will be on Monday, when it will fly more than 268,500 miles away before turning.

On Wednesday, NASA lost communication between its Mission Control Center in Houston and the Artemis I moon mission spacecraft for 47 minutes. It was resolved by a reconfiguration on the ground side.

The space agency said in a blog statement that communication was lost temporarily while reconfiguring the communication link between the Orion spacecraft and Deep Space Network overnight.

Orion has been making its way to the moon since it was launched on Nov. 16.

Also on Friday, NASA confirmed it is postponing a spacewalk with Roscosmos cosmonauts Sergey Prokopyev and Dmitri Petelin. The Russian cosmonauts were scheduled to continue the spacewalk they began on Nov. 17.

An issue with the water coolant system pump on Prokopyev’s Orlan spacesuit means they will now have to wait indefinitely. The duo, with assistance from European robotic arm operator Anna Kikina of Roscosmos, were expected to relocate a radiator from the Rassvet module to the Nauka science module aboard the International Space Station.