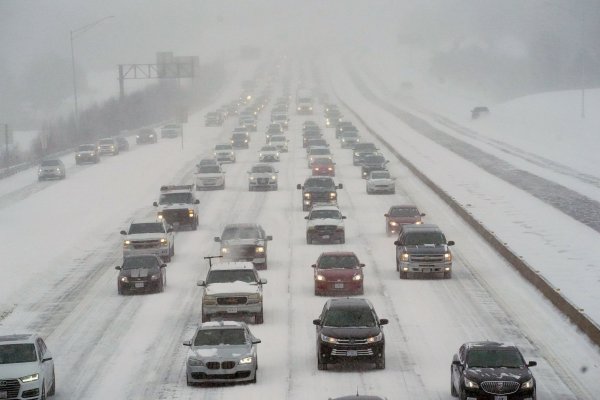 Nov. 23 (UPI) — It’s been an “incredible turnaround” for U.S. retail gasoline prices, a leading analyst said, and prices could move even lower given recent trends in commodities.

Motor club AAA listed a national average retail price of $3.61 for a gallon of regular unleaded gasoline for Wednesday, about 3.5% lower than this time last week and 5% lower than month-ago levels.

Tight market conditions brought on by the move by Western powers to shun Russian oil and natural gas as punishment for the war in Ukraine led to exponential increases in commodities during the summer. Brent, the global benchmark for the price of oil, hit a high for the year at $123.58 per barrel in June, pushing U.S. retail gasoline prices to new heights of $5.01 per gallon that month.

Record-high inflation, coupled with aggressive rate policies from the world’s central banks, have cooled the economy somewhat and commodity prices are responding by moving lower. Reacting to rumors of a price cap on Russian oil and gas, crude oil prices were in heavy retreat in Wednesday trading, a trend boosted by profit-taking ahead of the long U.S. holiday weekend for Thanksgiving.

Brent crude oil was down 4.3% as of 11:15 a.m. EST to trade at $84.55 per barrel. Patrick DeHaan, the senior petroleum analyst at GasBuddy, said he’s clocked more than 150,000 filling stations that are following energy market trends by posting gas prices at or below $3 per gallon.

“What an incredible turnaround in the last week,” he said. “While a decline was expected in more states than last week, I didn’t expect every single state to hop on the bandwagon so quickly.”

Texas so far is the only state in the nation with an average price below $3 per gallon, though Georgia and Mississippi are close behind.

Traffic is expected to be busy, both on the roads and at the airports, during the upcoming Thanksgiving holiday weekend in the United States. Photo by Bill Greenblatt/UPI

AAA expects about 55 million people will travel at least 50 miles away from home this Thanksgiving, a 1.5% increase from year-ago levels. And even with the decline in retail gasoline prices, demand looks to be resilient against gasoline prices that are at the highest level since AAA began keeping records in 2000.

Andrew Gross, a spokesperson for AAA, said retail gasoline prices are 20 cents higher than this time last year and a dollar more than Thanksgiving 2019, before the pandemic.

“However, we can be thankful that gas prices are moving in the right direction for now,” he said.