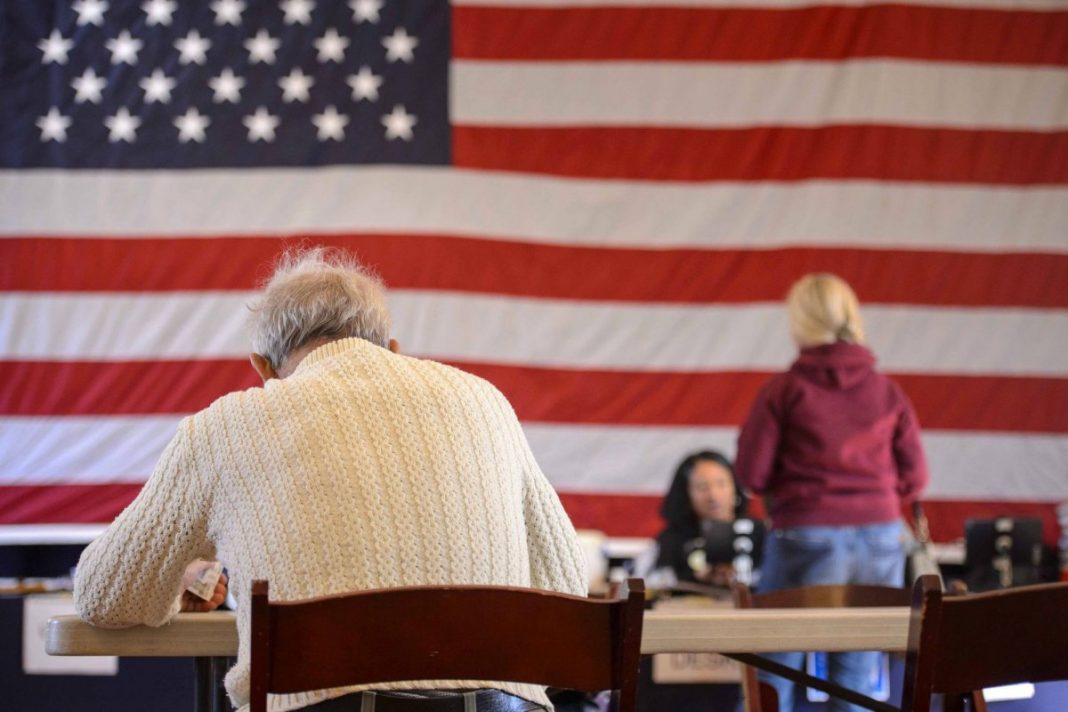 Nov. 10 (UPI) — The fate of the House and Senate remained up in the air on Thursday when midterm elections appeared to show that the United States voters remain as divided as ever.

That could be the fate of President Joe Biden, who may have to operate in a divided government with Republicans poised to take the House with a shot to capture the Senate as well.

But the “red wave” predicted by many pundits, where Republicans were expected to raise to a double-digit advantage in the House, never happened.

In the Senate, Democratic incumbents Mark Kelly in Arizona, Raphael Warnock in Georgia and Catherine Cortez in Nevada are all locked in tight races that could go either way. Warnock is already on his way to a December runoff against Republican and former NFL star Hershel Walker.

The continued divisions in the country showed up in different ways during the midterm.

In the critical Senate race in Pennsylvania, abortion emerged as a stronger issue than many experts expected. In exit polling, many voters said abortion was one of their top issues. Democratic Lt. Gov. John Fetterman, who campaigned on codifying abortion rights if he was elected, defeated celebrity doctor Mehmet Oz for a key seat flip.

In the state’s governor’s race, Democrat Josh Shapiro, who said he would veto any legislation that sought to limit abortion rights in Pennsylvania, easily outdistanced State Sen. Doug Mastriano, who wanted to ban abortion after six weeks and institute criminal penalties for providers.

Planned Parenthood president Alexis McGill Johnson told the Philadelphia Inquirer said the group views “Pennsylvania as being such a critical state on so many different levels for protecting access.”

“This is the first time [since the U.S. Supreme Court abortion decision] that Pennsylvanians have to actually express their outrage, their frustration, their betrayal,” she said.

Many incumbents and candidates, all Republicans, who questioned the legitimacy of the 2020 presidential election where President Joe Biden defeated Donald Trump, found success at the ballot box on Tuesday.

According to the New York Times, more than 220 Republicans who questioned the election won seats in the U.S. House and Senate and in state races for governor, secretary of state and attorney general.

Eighteen House Republicans, representing 64% of the state’s total representatives, cast doubt about the 2020 election yet won their seats on Tuesday.

More than two dozen election deniers won seats, including Alabama incumbent Gov. Kay Ivey and Indiana’s new secretary of state Diego Morales. Morales in the past had called the 2020 presidential election a “scam.”

Political scientists John Sides, Chris Tausanovitch, and Lynn Vavreck wrote in their recent book, The Bitter End that the divisions could be the result of a hardening of positions, where it has become more difficult to compromise or work with the opposing party.

“As it does in the body, calcification produces hardening and rigidity: People are more firmly in place and harder to move away from their predispositions,” they said. “Growing calcification is a logical consequence of growing polarization.

“New events tend to be absorbed into an axis of conflict in which identity plays the central role. And this means smaller fluctuations from year to year in election outcomes.”