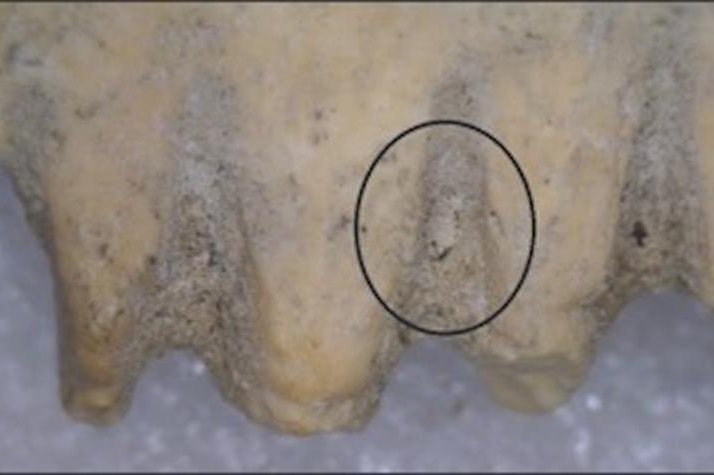 Nov. 9 (UPI) — An ancient ivory comb with the first meaningful Canaanite inscription ever discovered in Israel has been found at Tel Lachish.

Dated to 1700 BCE, the inscription confirms through the centuries that ancient Canaanites suffered from a problem that still plagues people today.

“May this [ivory] tusk root out the lice of the hair and the beard,” the inscription said.

A team from the Hebrew University of Jerusalem and Southern Adventist University in Tennessee found the artifact, which was translated by Ben Guron University’s Dr. Daniel Vainstub in Beersheba.

Their report of the finding — “A Canaanite’s Wish to Eradicate Lice on an Inscribed Ivory Comb from Lachish” — was published in the Jerusalem Journal of Archaeology.

“This is the first time that a Canaanite inscription engraved on a C14 datable material has been found in an archaeological excavation,” the report said. “This is extremely important because of the hotly debated date of the inscriptions of Serabiṭ el-Khadem and the unreliable stratigraphic data associated with the other Canaanite inscriptions from the Bronze Age.”

Despite the brevity of the inscription, the archaeologists said it increases the understanding of the ancient Canaanite dialect by reflecting some grammatical characteristics that are important for modern knowledge of the ancient inhabitants of Lachish.

“For the first time we have an entire verbal sentence written in the dialect spoken by the Canaanite inhabitants of Lachish, enabling us to compare this language in all its aspects with the other (indirect and partial) sources for it,” the published research said. “The inscription on the comb sheds light on some hitherto poorly attested aspects of the everyday life of the time, haircare and dealing with lice. This is the first discovery in the region of an inscription referring to the purpose of the object on which it was written, as opposed to dedicatory or ownership inscriptions on objects.”

According to their report, the comb is fashioned from elephant ivory. The comb had teeth on both sides, but they had been broken over the centuries. Evidence of head lice was found on the comb’s second tooth.

Lachish was a key Canaanite city-state during the second millennium BCE, the second most important city after Jerusalem in the Iron Age. It was also a major city in the Persian and early Hellenistic eras, according to the report’s authors.