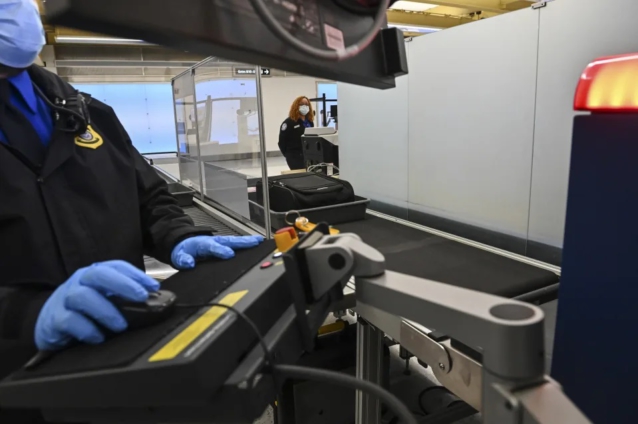 A woman identified as a Republic Airways flight attendant was arrested Monday at Reagan National Airport after authorities said she took a passenger’s bracelet set from a Transportation Security Administration checkpoint.

The owner of the jewellery reported that it was valued at $8,000, Nosal said.

The police department for the D. C.-area airports authority did not immediately respond to a request for the arrest report Monday.

TSA spokeswoman Lisa Farbstein said in an email that the victim, who has not been identified, told security workers that her jewellery was missing after she went through the checkpoint.

Officers from the Metropolitan Washington Airports Authority Police Department and TSA examined recordings of the checkpoint and saw “a second traveller in a flight attendant’s uniform pick up the jewellery,” Farbstein said. Police found the alleged thief in the airport terminal.

Republic Airways did not respond to a request for comment late Monday. The regional carrier operates flights for American Eagle, Delta Connection and United Express.

The arrest echoed a similar scenario from last weekend when a man was arrested after being accused of stealing a wedding band from a security checkpoint at Newark Liberty International Airport.

The suspect was waiting for his flight to leave when police took him into custody; authorities returned the ring to its owner.

In that case, too, video footage revealed the culprit.

“This is a story with a happy ending,” Thomas Carter, TSA’s federal security director for New Jersey, said in a news release. “The video was sharp and there was a clear image of what the thief looked like. The police understood the urgency in tracking down the man before he was able to fly off.”

Farbstein said that travellers should place items such as wallets, phones or large pieces of jewellery in their carry-on bag, not a bin, “to help avoid passenger-on-passenger theft.”

She said laptops should be easily identifiable with a business card or some type of sticker – like a three-inch decal of a pink whale that she uses.