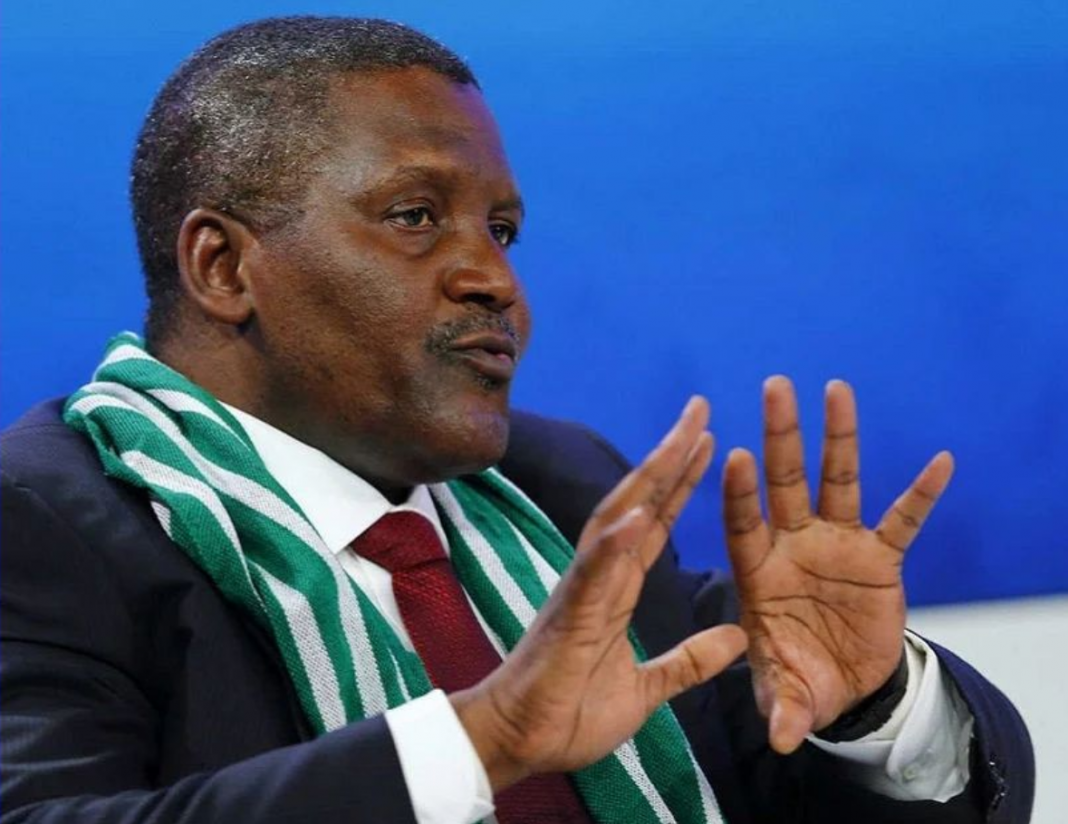 As the world’s richest billionaires’ ranking continues to shift, with the most recent offset being the emergence of Indian billionaire Gautam Adani as the world’s second-richest man ahead of Amazon Founder Jeff Bezos, some billionaires like Aliko Dangote have seen their wealth ranking improve in recent weeks after losing out several weeks ago.

Dangote, whose net worth has declined by $275 million since the start of the year, dropped out of the top 80 richest billionaires list more than a week ago, as his wealth fell below the $19-billion mark for the first time since September 29, 2021.

After falling out about a week ago, the billionaire, who derives the majority of his fortune from his 86-percent stake in Dangote Cement Plc, Africa’s largest cement maker, is now ranked 74th on the Bloomberg Billionaires Index, a list that tracks the fortunes of the world’s 500 richest people.

Dangote is now not only the richest man in Africa, but also the richest Black man in the world.

His re-entry into the top 80 billionaires list was aided by the decline in the net worth of Indonesian billionaire Michael Hartono, Russian billionaire Alisher Usmanov, and Thomas Frist, a U.S. physician and businessman who is the wealthiest person in Tennessee, a landlocked state in the southeastern United States.

Dangote’s net worth has fallen from $19.1 billion at the beginning of the year to $18.8 billion at the time of writing this report. This equates to a $257-million loss in wealth for the billionaire businessman since the year began.

The drop in his net worth, which began on May 13 when he became the world’s 61st richest man after his net worth surpassed $21 billion for the first time since 2014, can be attributed to a drop in the shares of his publicly traded cement company, Dangote Cement.

The drop in the company’s stock can be attributed to investors’ reaction to its half-year earnings figures, which revealed a double-digit drop in profit in the first half of 2022 due to higher energy costs and unrealized foreign exchange losses.