What needs to change now, from money to post boxes and the national anthem 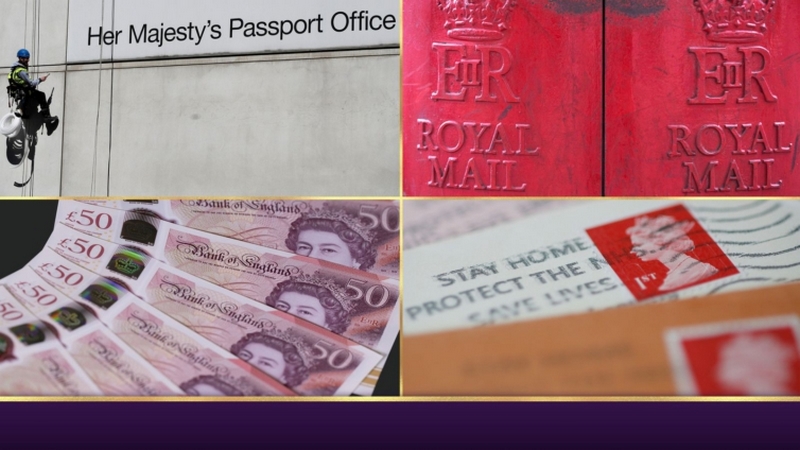 The Queen’s death marks a monumental and disruptive moment in the history of the nation.

According to reports, the funeral and the subsequent coronation will each cost gross domestic product an estimated £6bn.

But this could be dwarfed by how much the country will have to pay for organisational changes.

Since ascending to the throne in 1952, the Queen became the most famous woman in the world.

Her portrait is all over stamps, coins and notes, and her initials adorn post boxes, uniforms and government signage all across the country.

Changing all this will be a huge task, one likely to take several years, if not decades, and indeed, one which may never be completed.

A Royal Cypher is unique to each reigning monarch, and consists of the monarch’s name and title.

They are usually spotted on government buildings, uniforms, royal or state documents and royal-affiliated items.

Now the Queen has died, ER could be swapped out for CR.

The reason why only the first letter might change is because the R can stand for either Rex or Regina, the Latin words for King and Queen respectively.

However, the next Royal Cypher is not confirmed yet.

They could now change to CRIII.

When post boxes are made, they are given the mark of the monarch ruling at the time, and with more than 100,000 estimated boxes in Britain, it could take a long time to replace them all.

The Postal Museum notes that this will only happen when new postal boxes are added; old ones won’t change.

According to The Coin Expert, an affiliate of the Royal Mint, a new portrait of Charles will come into circulation to be portrayed on the currency.

The coins and notes with Queen Elizabeth II’s portrait will continue to be issued for the remainder of the year or perhaps longer, after which the new portrait will come into circulation.

Rather than all of the current coins and notes being handed in, the process will be a gradual one and many of the coins featuring portraits of Queen Elizabeth II will remain in circulation for many years to come.

Banks and post offices will issue new design coins and notes, and collect the older versions, easing the country into the new designs.

According to Royal.uk, the official website of the Royal Household, from the time of Charles II onwards, a tradition developed of monarchs being represented on the coinage facing in the opposite direction to their immediate predecessor.

The tradition was restored in the reign of George VI, with his portrait facing left as if Edward VIII’s had faced right.

As well as post boxes, the Royal Mail will have to commission new stamps bearing Charles’ profile, to replace that of his mother.

When stamps were last changed with a monarch in 1952, a series called the Wilding Issues were released.

They featured portraits taken by Dorothy Wilding within a couple of weeks of King George VI’s death, and were used up until 1971.

With Charles on the throne, the words to the national anthem will be changed to God save the King.

It will go as follows:

God save our gracious King!
Long live our noble King!
God save the King!
Send him victorious,
Happy and glorious,
Long to reign over us,
God save the King.
This version was last used when the Queen’s father George VI was on the throne.

Passports currently state: “Her Britannic Majesty’s Secretary of State requests and requires in the name of Her Majesty all those whom it may concern to allow the bearer to pass freely without let or hindrance and to afford the bearer such assistance and protection as may be necessary.”

It is expected this will be changed to the male pronoun for any new passports that would then be issued.

Any older passports that don’t have the new phrasing would be unaffected and not forced to change until they are renewed.

Like currency, they would phase the new passports in over time.