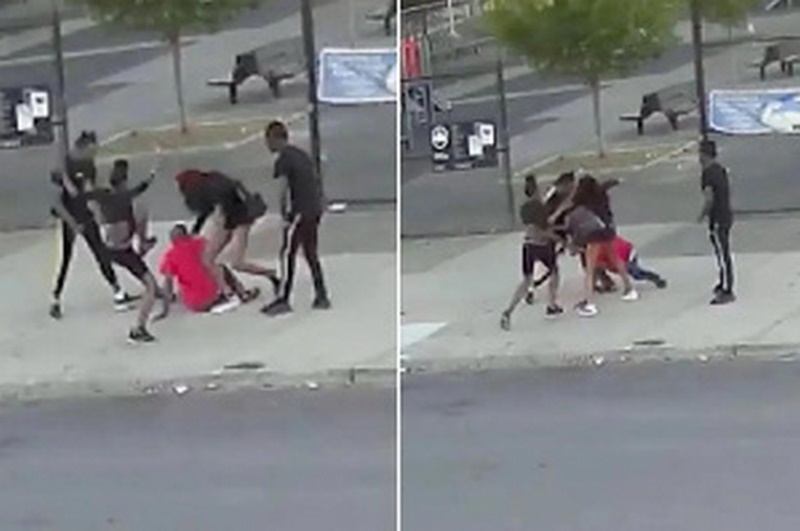 The harrowing video shows how father-of-four Kutin Gyimah, 52, was viciously kicked and punched by the group near the Rockaway Beach neighbourhood in Queens, around 6.20am on Saturday.

The NYPD said the suspects took a ride from Mr Gyimah and ran out of the vehicle without paying their fare.

The taxi driver, according to reports, smashed his head against the ground and was rendered unconscious.

Police who responded to the scene later sent him to a hospital, where he was pronounced dead.

Portions of the released video show various CCTV footage of the suspects fleeing from the scene of the incident through a street and later walking through a hallway.

Meanwhile, reports indicate that three of the suspects, including two males aged 20, have turned themselves in.

They have been slapped with charges including manslaughter, gang assault and theft of services.