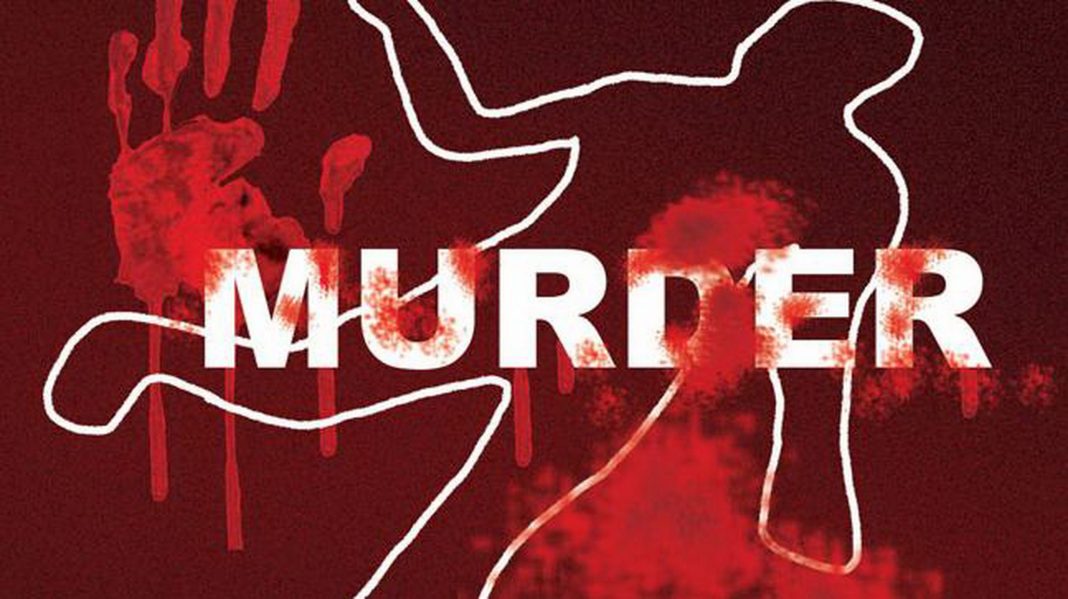 A man who horrifically murdered his new bride just hours after they tied the knot has been handed a life sentence.

Dawn Walker’s body was found stuffed into a suitcase and “dumped” in a field near the couple’s house where she had lived with husband Thomas Nutt.

Nutt had severely injured the 52-year-old’s face and neck before he killed her, stuffed her body in a cupboard and enjoyed a short holiday.

He was found guilty of her murder earlier this month.

There were cheers from the public gallery today as he was sentenced to a minimum term of 21 years, less 289 days he has spent on remand.

Neighbours originally became suspicious when they noticed Dawn’s absence in the town of Lightcliffe, near Halifax. Locals found her body four days later.

The trial into the horror killing heard how Nutt, also 52, killed Dawn some time between October 27 – the couple’s wedding day – and October 31 last year but the judge later said it took place on their wedding night itself.

Following the murder, the groom even called the police to let them know his wife had gone missing and played along in a charade for days on end before eventually turning himself in.

In sentencing, his Honour Judge Johnathan Rose told Nutt: “The impact of the sudden and violent death at a time which should have been filled with happiness will no doubt have an effect on those that knew her. The victim impact statements lay bare how this has been for them.”

Judge Rose branded Nutt a “bully” and said he did not accept the killer was genuinely remorseful.

He went on to explain why he believed the murder took place on the night of their wedding. He said: “I am quite sure that is the night you killed her. She didn’t answer calls from Kiera on morning of 28th. It was said she had lost her phone in the pub. There was no way of knowing whether that was true or whether you disposed of the phone.

“I am satisfied the texts sent to Kiera at 1am were sent by you. Kiera said the text was not in the language or style of her mother and of your admission you text her pretending to be Dawn on 31st October. Malcolm Crawshaw said at 11pm that evening he heard noises, bumps and thumps. He heard no voices. This went on for about an hour before there was quiert for the rest of the night.”

Judge Rose said he was sure this was the brutal attack that took Dawn’s life. He also outlined the lengths Nutt went to to cover his tracks, including resisting pressure to ring the police at first and trying to hide the tracks left by the case he dragged her body out in.

He added: “It remains a mystery why you killed this woman who you had hours earlier took as your wife.”

Dawn had previously been to the police over an assault she suffered at Nutt’s hands but later tried to retract her statements, which Judge Rose told Nutt was “evidence of your control of a woman, even after you had used violence towards you and even after Kimberley Allcock warned her, a warning she tragically chose to ignore.”

The former partner of bride murderer Thomas Nutt had previously told The Mirror how he is an evil woman hater who nearly killed her too and of how she tried to warn Dawn.

Kimberley Allcock bravely tried to warn the scrap merchant’s live-in lover Dawn Walker after Dawn contacted her on Facebook asking why she had taken a restraining order against him.

Kimberley, 41, explained about Nutt’s brutal rages and sent photos of her injuries from a savage beating.

Dawn, 52, told Kimberley that Nutt “scared the hell out of her” but tragically, she could not persuade her to leave him. The judge referenced Nutt’s abuse towards Kimberley during the trial.

Dawn’s daughter Kiera Lee told jurors her mum had a feeling “something bad” would happen in the lead-up to her wedding and a neighbour said Dawn had messaged asking if she should “run.”

In the trial at Bradford Crown Court, Nutt admitted to killing his wife by pleading guilty to manslaughter but denied murder. However, the jury returned a unanimous verdict of guilty after a few hours of deliberation.

The judge made a small reduction to Nutt’s sentence because he pled guilty to manslaughter.

Dawn’s family cheered as the verdict was returned but Nutt muttered “f*** you” as he was taken away.

During the prosecution’s closing speeches on Friday 5 August, Alistair MacDonald QC told the court Nutt was a “seasoned practised liar” who “demonstrated a tendency to attack his female partners.”

Speaking on the day of his sentencing, Dawn’s sister Lisa Walker said: “Not only has he taken her life, he took every single bit of dignity she deserved by treating the woman he said he loved by dumping her like rubbish. Forcing her into a suitcase and then dumping her body with what seems like no remorse.”

She added that the family had to hold two funerals as they only had part of her body for the first.

Nutt had murdered her days earlier in his home, by hitting her in the head and strangling her to death, the court was told. -mortem carried out after the discovery of Dawn’s body revealed a number of injuries across her entire body.

This included the “obvious deformity” to her legs where they were allegedly broken by her husband as he shoved her into the suitcase after he kept her body in a kitchen cupboard.

Mr MacDonald said: “The last sighting of her alive by friends or family, apart from this defendant, of course, was made by her maid of honour, and that sighting was between 10.30 pm and 11.00 pm on her wedding night.

“The defendant, in fact, telephoned the police to report her missing at 12.22 pm, just into the afternoon, on 31st October 2021.

“He told them that his new wife had left their house at about 09.30 am, to go and visit her daughter Keira at Wilkinson’s shop, in Brighouse, which was nearby, but she had never, in fact, turned up.”

Nutt conducted a “ghastly charade” to hide his grisly crime and even led her daughter to believe that her own mum might still be alive, it has been reported.

Mr MacDonald said: “He knew perfectly well that her body was in a cupboard at home.”