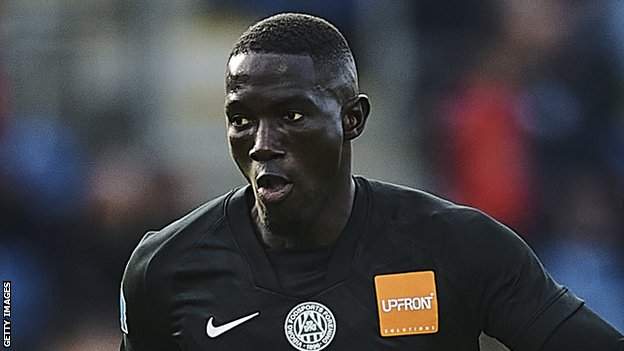 Danish side Viborg FF will be without two players for their visit to West Ham in the Europa Conference League play-off first leg because of visa issues.

Viborg said they had “tried everything” and consulted Danish football leaders, Uefa and embassies in both countries.

“We are extremely sorry we have not been able to get visas,” the club said.

“Unfortunately this has proved to be impossible, as there is a processing time of several weeks and the match was only finally decided a week ago,” they added.

Said and Jatta have each scored once in the two qualifying ties so far this season played by Viborg, who last competed in Europe after winning the Danish Cup in 2000, their only major domestic trophy.

“It is very unfortunate purely sportingly, as both players would have had a role in the match,” said Viborg sporting director Jesper Fredberg.

“But it is even more unfortunate, purely humanly, that the two miss out on the great experience.”

West Ham have defender Thilo Kehrer available to make his debut for the club after the Germany international signed for the Hammers from Paris St-Germain on Wednesday.

Morocco international Nayef Aguerd remains sidelined following surgery on an ankle injury he sustained during a pre-season friendly against Rangers, while fellow centre-back Angelo Ogbonna is not ready to return from anterior cruciate ligament damage and fellow defender Craig Dawson is a doubt.

Left-back Aaron Cresswell and manager David Moyes are suspended for the first leg. Moyes apologised for kicking a ball at a ball boy after he was sent off after his side’s Europa League semi-final defeat by Eintracht Frankfurt.

Cresswell was shown a red card during their acrimonious loss and captain and England international Declan Rice is banned from playing in the tie after an angry rant at the referee.

Manuel Lanzini, Tomas Soucek or Flynn Downes could replace Rice in midfield, although first team coach Billy McKinlay said a decision on who will take the armband is yet to be made in the absence of vice-captain Cresswell.

“A little bit of rest will be a positive of him not playing but we look forward to getting him back,” McKinlay said of Rice.

“You have to take advantage of whatever scenario, whether good or bad.”

West Ham are are targeting another run in Europe after reaching the semi-finals of the Europa League in May.

“We’re hungry and expecting to do well and go far in competitions,” added McKinlay.

The second leg will take place in Viborg next Thursday, with the winners joining the group stage of the competition when it begins on 8 September.