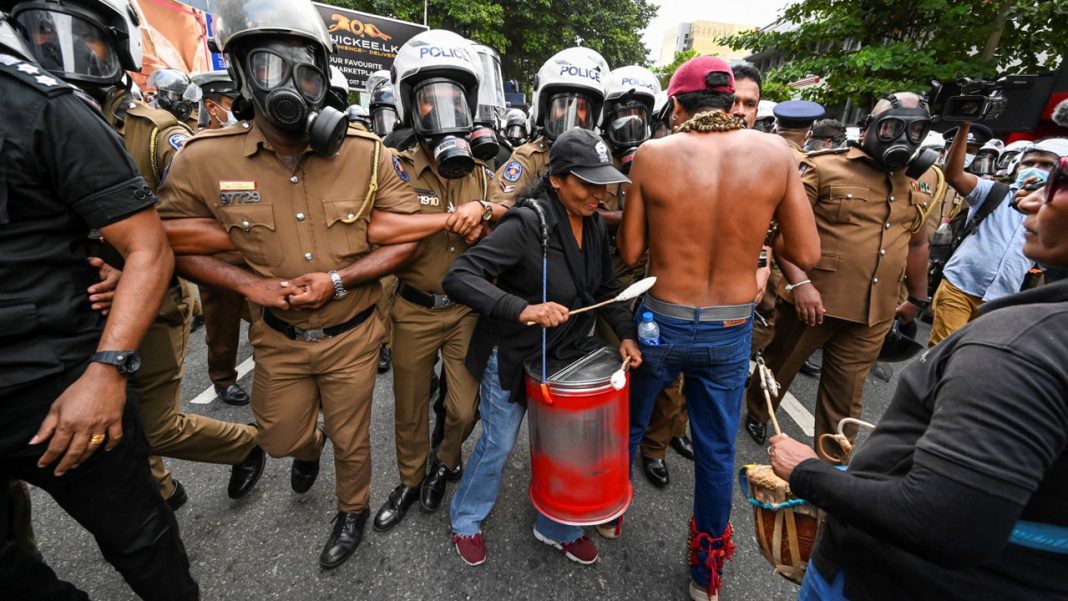 Sri Lanka police fired tear gas and water cannon on a small protest Thursday to break up the first demonstration since the crisis-hit island nation lifted a state of emergency.

The government has curbed dissent by imposing a state of emergency giving security forces sweeping detention powers, but the ordinance lapsed overnight.

Several hundred students attempted to march to the city centre in Colombo for a rally outside the railway station before they were blocked and dispersed by officers armed with batons and riot shields.

A police official told AFP that Wasantha Mudalige, leader of the Inter-University Student Federation, was among six people taken into custody.

Police said they used minimum force and only arrested those who attacked officers or damaged state property.

President Ranil Wickremesinghe announced this week that his government would not renew the state of emergency it imposed last month, after hundreds of thousands of people stormed the home of his predecessor Gotabaya Rajapaksa.

The measure had been widely criticised by rights groups as a draconian limit on freedoms.

Student groups have since tried to drum up support for protests against Wickremesinghe, who took charge after Rajapaksa fled abroad, but the response has so far been muted.

Sri Lanka’s 22 million people have endured chronic shortages of food, fuel and medicine since late last year after the country ran out of foreign currency to finance imports.

The country defaulted on its $51 billion foreign debt in mid-April and is in talks with the International Monetary Fund for a possible bailout.