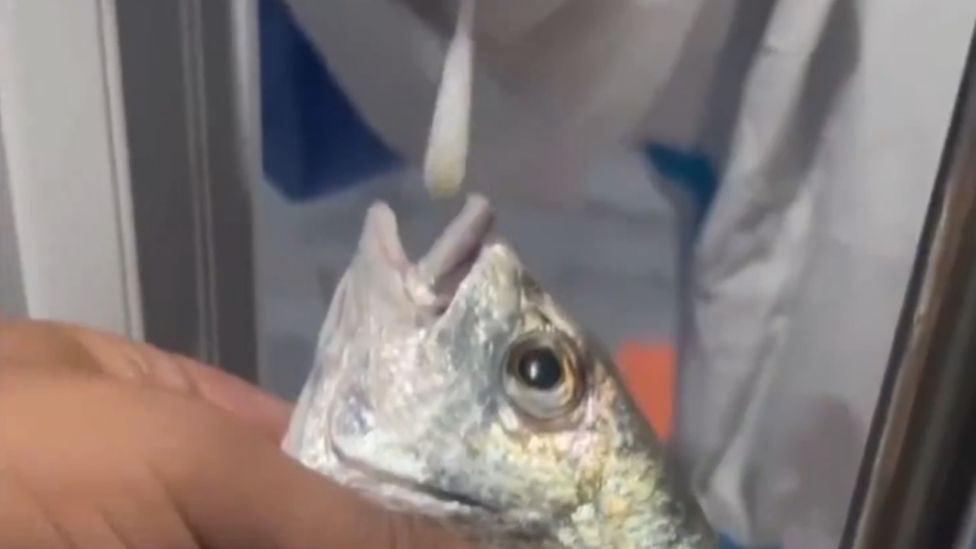 More than five million people have been ordered to undergo Covid-19 testing in the coastal Chinese city of Xiamen this week, after some 40 cases of the virus were detected.

But they’re not the only ones who have been ordered to get tested: an official notice states that some forms of sealife are also expected to join the latest mass-testing drive.

In recent weeks, Xiamen’s Jimei Maritime Pandemic Control district committee issued a notice saying that when fishermen return to their ports “both fishermen and their seafood must be tested”.

The result has been that amid this latest outbreak, video footage has appeared on multiple social media platforms including Douyin – China’s local version of TikTok – showing medical workers giving live fish and crabs Covid-19 PCR tests.

While this might look unusual, this is not the first time that live fish have been tested for Covid-19.

“It’s said that it may be triggered by marine product transactions between local fishermen and their overseas counterparts.”

The southern Chinese province of Hainan, a coastal region like Xiamen, has recorded more than 10,000 cases of Covid-19 since the beginning of August, and the authorities have said they believe this outbreak is likely to be linked to the fishing community.

Chinese media have long expressed concerns that sealife might have links to the coronavirus. The first ever Covid-19 outbreak was linked to a live animal and seafood market in the central Chinese city of Wuhan.

Although it is unlikely that seafood is a host for the virus, many of China’s outbreaks have been linked to port workers, those handling cold chain goods, or workers at seafood markets.

In June 2020, one such outbreak in Beijing sparked a salmon panic.

State media said that Covid-19 had been detected on chopping boards used for imported salmon. This not only lead to restaurants and supermarkets pulling salmon from their shelves, but also saw imports halted. The panic spread nationwide, with widespread nervousness about the eating the aquatic product.

Fish aren’t the only non-humans to have undergone Covid-19 testing during China’s drive towards wiping out the virus over the last two years.

In May, official media circulated footage of a hippo being tested at wildlife park in Huzhou, eastern Zhejiang, saying it was “necessary” for the creature to be tested twice a week.

The reason broadly cited by leading media outlets for this is to “ensure the safety of the animals”, as well as tourists and visitors to places that they inhabit.