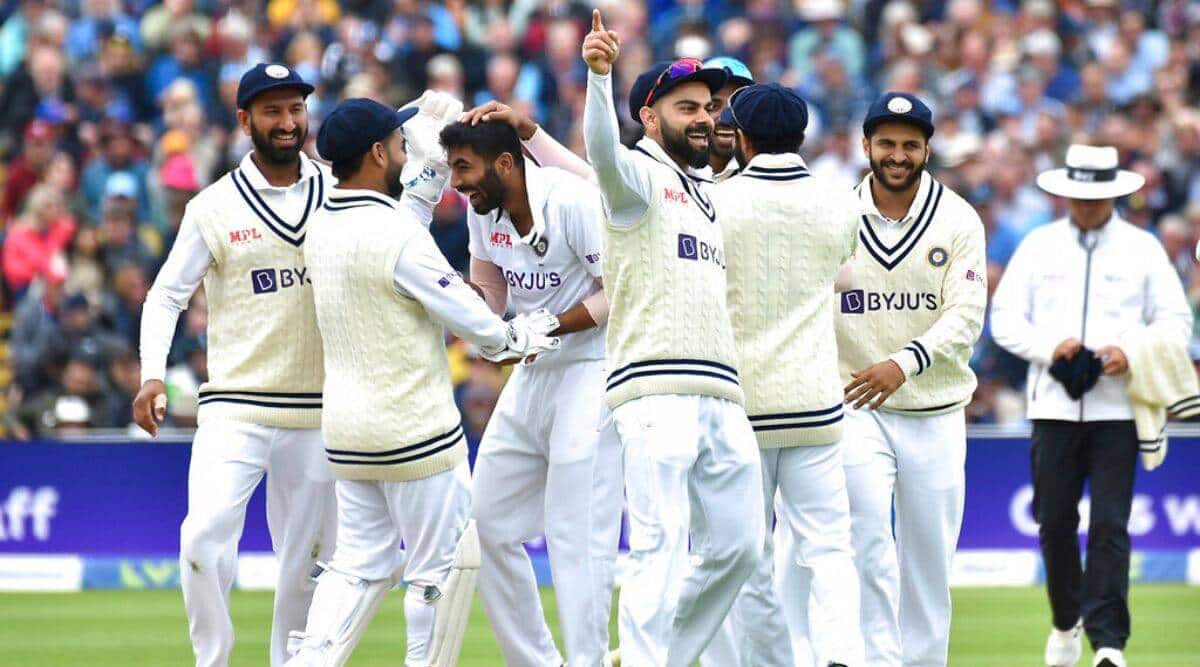 🔴 What will you do if the shadow of a pavilion, tree or fielder starts falling on the pitch and the batsman complains?

🔴 You are satisfied that a player has a genuine injury on the index finger of his bowling hand and removing the tape will result in bleeding. Will you still ask him to remove the protective tape while bowling?

🔴 The striker hits a fair delivery, which lodges in the helmet of the short-leg fielder. Because of the impact, the helmet comes off the fielder’s head and the ball is still stuck in the helmet. The helmet falls…and the fielder catches it before it falls on the ground. On appeal, what is your decision?

These are samples of the 37 mind-twisting questions that candidates had to crack to clear the Indian cricket board’s level-2 exam for umpires, which was held last month in Ahmedabad. Clearing the exam makes them eligible to officiate women’s and junior matches categorised as Group D — the first step in the making of an Elite BCCI umpire who can stand in international games.

Only three of the 140 aspirants made the cut.

The cut-off was 90 marks out of 200 (100 for the written test, 35 for viva and video, and 30 for the physical). It was for the first time since the pandemic that the board included physical tests, keeping up with the increasing physical demands of umpiring. The video test included match footage and questions on umpiring in specific situations.

Most performed well in practicals but the written test was a hurdle too tall for them.

A BCCI official told The Indian Express that the bar was set high to ensure that only the best qualified and progressed through the system. “Umpiring is a tough job. Only those who have the passion for it can really excel. The candidates sent by state associations weren’t upto the mark. They need to have this knowledge if they want to do the board’s games,” he said.

Now consider the answers to those three questions:

🔴 The shadow of the pavilion or tree should be disregarded. Fielders should be asked to remain stationary, otherwise the umpire should call a dead ball.

🔴 Bowler needs to remove the bandage if he wants to bowl.

🔴 The correct decision is “Not Out”.

According to the board official, the focus of the exam was not merely on laws and bylaws but about interpretation and implementation in a live-game situation, on testing practical reasoning rather than theoretical knowledge.

The exam is part of the board’s measures to raise the standard of Indian umpires after repeated complaints of their poor quality in the domestic circuit. The IPL last year was replete with howlers from Indian umpires, who faced heavy criticism from former players.

“What is happening with the umpiring @IPL, it’s quite pathetic and small bad decisions lead to big outcomes! Wake up and put some people who actually can be a ref!” wrote former India captain and opener Kris Srikkanth on Twitter.

None of those decisions was as glaring as an lbw decision involving Virat Kohli off Dewald Brevis’ bowling in a high-octane game between Royal Challengers Bangalore and Mumbai Indians. The ball seemed to hit Kohli’s bat and pad simultaneously but the on-field umpire gave him out. Kohli sought DRS but the third umpire stood with his colleague’s decision, much to the player’s ire.

A day after the match, the RCB Twitter handle posted the relevant MCC law: “If the ball makes contact with the striker’s person and bat simultaneously, this shall be considered as the ball having first touched the bat.”

BCCI old hand and former game development manager Ratnakar Shetty says there needs to be a system in place.

“BCCI must restart educational programmes for budding umpires in each state association. In 2006, the BCCI had identified a group of retired first class umpires and trained them to be educators. We used to depute two educators to each state unit, other than Mumbai, Karnataka and Tamil Nadu where regular umpire coaching happens,” Shetty said.

“The state units had to select 30 candidates and an eight-day course was conducted followed by theory and practical exams. Those who passed these exams were selected for level-2. Unfortunately, in the last two-three years, nothing much has happened due to Covid. I am sure the BCCI will take steps to train future umpires,” he said.

Last month, the board came up with a grading system for umpires — from A-plus to D, similar to the contract system for players. Although India is the foremost cricketing force in the world, it has not churned out quality umpires proportionate to population, popularity or board power.

Nitin Menon, who is on the current panel and is officiating the ongoing England vs South Africa Test, was just the third Indian in the group after Srinivasa Venkataraghavan and Sundaram Ravi. The board is now serious about producing more Indian umpires of international class — as the mind-twisting level-2 exam showed.