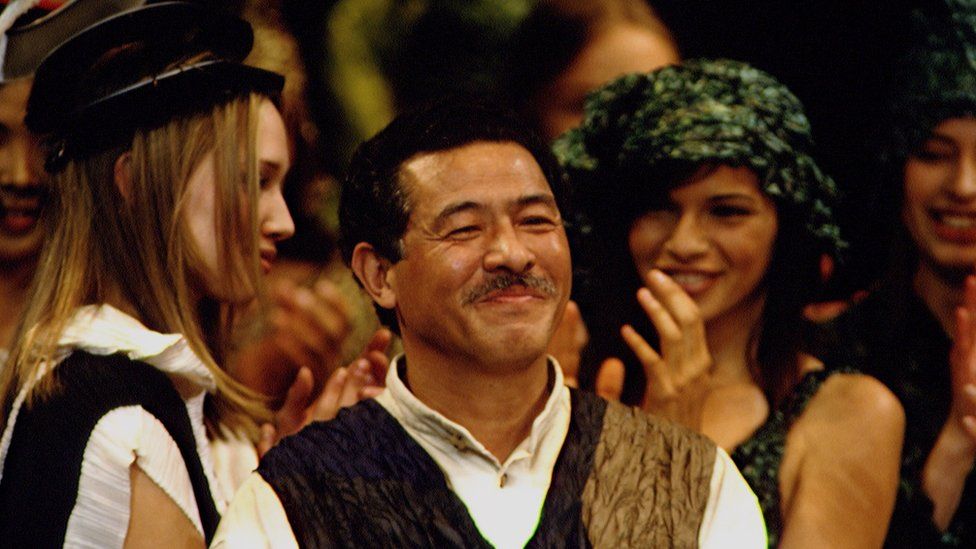 Miyake was known to work with traditional and modern fashion techniques during his long career.

He died of liver cancer on Friday, and a private funeral has already taken place, Japanese media is reporting.

Born in Hiroshima in 1938, Miyake was just seven years old when the city was devastated by an atomic bomb dropped by the United States.

He was reluctant to talk about it as an adult, and wrote in the New York Times in 2009 that he did not want to be known as “the designer who survived the atomic bomb”.

“When I close my eyes, I still see things no one should ever experience,” he wrote, adding that he prefers to think of things “that can be created, not destroyed, and that bring beauty and joy”.

Miyake wanted to be a dancer or athlete when he was young – but that changed after he read his sister’s fashion magazines.

He studied graphic design at a Tokyo art university and then moved to Paris in the 1960s, where he worked with lauded fashion designers Guy Laroche and Hubert de Givenchy.

He moved to New York for a short time, before heading back to Tokyo in 1970 to open the Miyake Design Studio.

By the 1980s he was celebrated as one of the world’s most pioneering designers as he worked with materials from plastic to metal – and also traditional Japanese materials, and paper.

Miyake developed a new way of pleating fabric by wrapping it between layers of paper in a heat press.

A phenomenal success after various tests proved the pleats stayed in place and didn’t wrinkle, it lead to his signature Pleats, Please line.

He became known for creating a style that was high-tech, yet practical and comfortable, and was a household name in not only Japan’s fashion industry – but on the global catwalk.

His fashion house developed highly sought-after clothes for men and women, as well as bags, watches and perfumes – a bottle of L’Eau d’Issey, launched in 1992, was rumoured to sell every 14 seconds.

His A-POC (A Piece of Clothing) line, which can now be seen in museums, used a special weaving machine that made outfits out of one continuous tube of fabric.

Miyake was asked by Apple co-founder Steve Jobs to design his iconic turtle neck jumpers and reportedly made 100 of them, at $175 each.