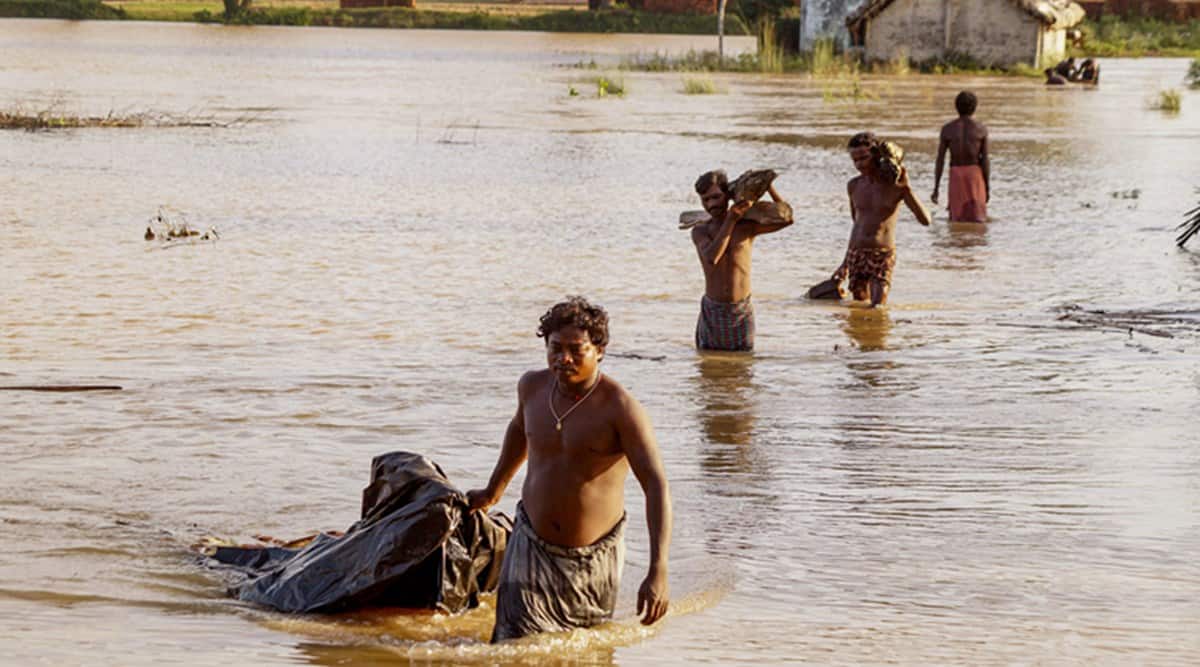 Heavy to extremely heavy rainfall (up to 204 mm in 24 hours) will lash parts of Odisha, Chhattisgarh, Maharashtra and Gujarat over the next two days, the India Meteorological Department (IMD) said on Tuesday.

The IMD has warned of heavy spells of rain on Wednesday, particularly the ghat areas of Madhya Maharashtra including districts of Pune and Satara. The warning also prevails for Gujarat, Saurashtra and Kutch.

The monsoon has remained active over the country for the past week. According to the Met department, the monsoon trough will remain to the south of its normal position till the end of this week.

On Tuesday, the prevailing low pressure system over Odisha strengthened into a depression. As a result, there will be enhanced rainfall over central India regions between Odisha and Gujarat and Rajasthan.

“The depression will move west-northwestwards and over Chhattisgarh by Wednesday. The system will weaken into a well-marked low pressure system thereafter but cause widespread rainfall,” the IMD’s evening bulletin on Tuesday said.

Since June, the all-India rainfall has been 564 mm, seven per cent above normal. Parts of Konkan received very heavy rainfall on Monday and Tuesday.