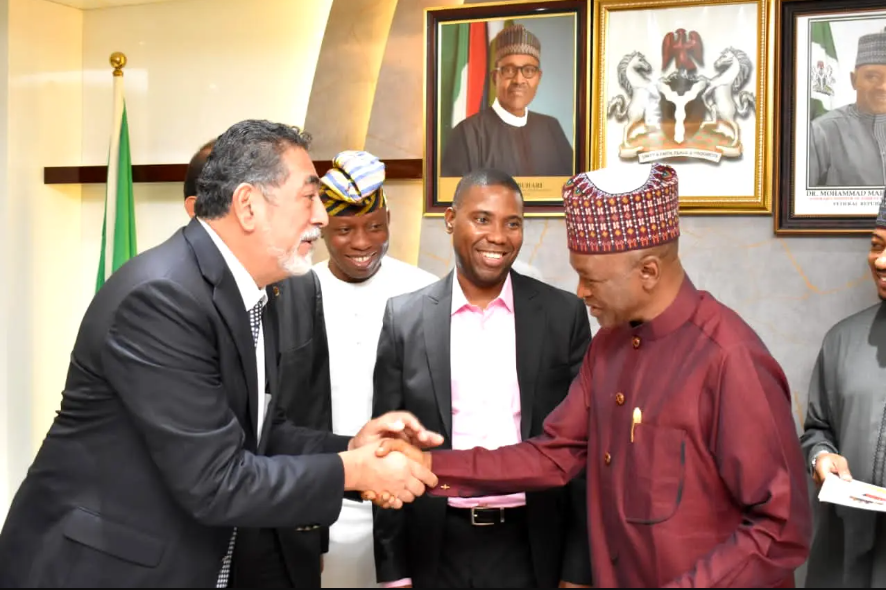 Nigeria is the largest hibiscus exporting country to Mexico, which the Minister of Agriculture and Rural Development, Dr Mohammad Abubakar, assured the Mexican Ambassador to Nigeria, His Excellency, Alfredo Miranda, at the Ministry’s headquarters in Abuja.

Abubakar said it has become imperative for Federal Government of Nigeria revive and restore economic ties with Mexico at this time.

He pointed that this move by the two countries would lead to robust diplomatic relationship, strategic trading, and boost the trade volume that would reward both countries.

According to him, m Mexico is not just another country that Nigeria has good diplomatic relations with, but also a strategic trading partner and the biggest importer of the Nigeria’s hibiscus.

“In 2017, Nigeria earned $35 million from export of 1,983 containers of hibiscus to Mexico, this happened within the space of nine months of that year.

“It is regrettable that the suspension of hibiscus trade lasted for nearly three years longer than it should and resulted in a slowdown of the momentum of export activities around hibiscus.

“The period was used to decisively overcome the proximate cause of the suspension of export.

‘’The days of khapra beetle infestation of some of the hibiscus consignments are behind us.”

However, the Minister assured that the Ministry would work closely with off-takers and exporters through the Nigeria Agricultural Quarantine Service, NAQS, to facilitate the building of chambers dedicated to methyl bromide fumigation of hibiscus.

The Minister commended the Ambassador for his efforts towards ensuring that the compliance issue that stalled the export of Nigeria hibiscus to Mexico were resolved during his tenure.

Meanwhile, he (Abubakar) used the opportunity to woo Mexico on chili pepper and ginger exports from from Nigeria.

“Nigeria is a large producer of Ginger ,Chili Peppers and various other farm produce.

“We will love to be Mexico’s importer of choice for these products.

“Our hope is that you will support NAQS  to achieve this mutually beneficial outcome”, he said.

Earlier, the Mexican Ambassador to Nigeria, Mr. Alfredo Miranda, said that his country is deeply involved in strengthening the capacity of the agricultural produce.

Miranda further stated that hibiscus value was worth more than $600 million, and he express his delight to do business with the country through the Ministry of Agriculture.

“Hibiscus is one of the  products that we have been exporting to Mexico.

“We have been doing well on it until we had hitches on it, but with the resumption of the new Ambassador it took only three hours to resolve the matter”, Isegbe said.