Wafcon 2022: Nigeria to use criticism as motivation in quarter-final 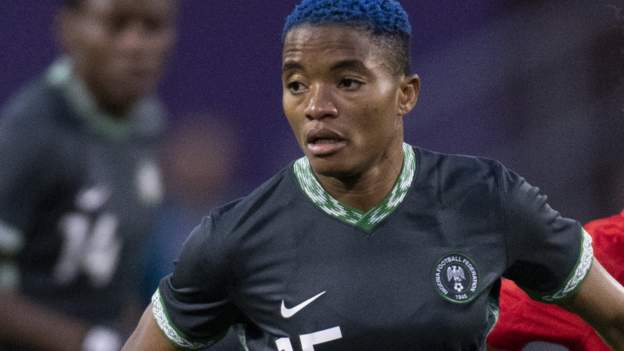 Nigeria will use criticism from pundits as motivation before their crucial Women’s Africa Cup of Nations (Wafcon) quarter-final against Cameroon.

The holders and record nine-time champions were beaten in their Group C opener by South Africa, which led to severe criticism at home in West Africa.

But wins over Botswana and Burundi sealed a spot in the last eight, and vastly-experienced defender Osinachi Ohale insists the Super Falcons will not let negative comments distract them in Morocco.

“Nigeria has always been a team to beat and you don’t let those kind of talks bring you down,” the 30-year-old said.

“There are some talks that you hear and you can only let it motivate you.

“Cameroon, like other teams here, wants to beat us and on our part we want to keep winning. You continue to work on your game, continue to trust in the coaches, the staff and your teammates.”

Alongside Nigeria and South Africa, Cameroon are the only team to have competed at every Wafcon, and the Indomitable Lionesses – the second-highest ranked team in Africa – are looking to improve on their third-placed finish in 2018.

Meanwhile, the three-time runners-up will also be keen for a third straight Women’s World Cup appearance after reaching the second round at the past two global tournaments.

All four Wafcon semi-finalists will be assured of places at next year’s finals in Australia and New Zealand.

Outspoken Nigeria coach Randy Waldrum, who was forced to apologise for his comments on “negative media” over the weekend, is expecting a tight contest in Casablanca on Thursday.

“We don’t fear anybody, but we have the right amount of respect to know that if we don’t perform well, they’re capable of beating us,” Waldrum said.

“You have to have the respect for your opponent. But you have to go out and impose your way and your will, and you can’t do that if you’re afraid to play somebody.

The American was also quick to play down the absence of forward Asisat Oshoala, who has been ruled out of the tournament with a knee injury.

“We did not have Asisat for our qualifiers [against Ghana and Ivory Coast] or in Canada for the friendlies. So it’s not like our team has had Asisat recently with us a lot,” he added.

“When you lose a star player it affects your team in some ways. The good thing about it is we have a lot of good attacking players.”