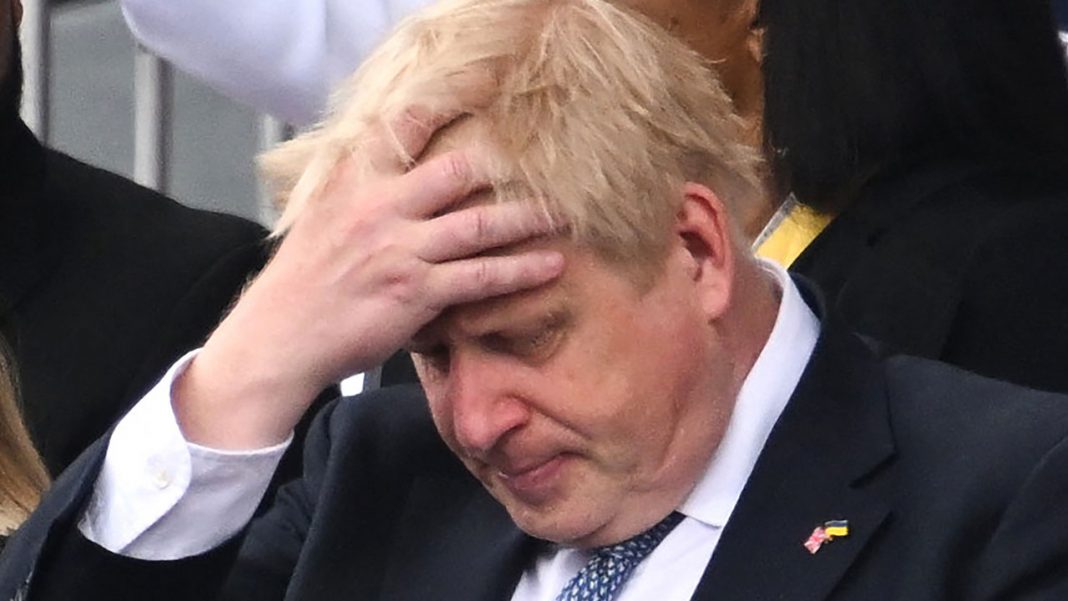 Finance Minister Rishi Sunak and Health Secretary Sajid Javid both said they could no longer support the culture of scandal surrounding Johnson’s tenure.

So far, over 30 members of the UK government have resigned from the Boris Johnson-led administration.

He said it implies that if election is to be held today, they won’t vote for him, adding that resignations in the UK are more serious than they are in Nigeria because such actions are more or less against the government.

The British prime minister faced interrogation yesterday from members of parliament after two of the most senior ministers in his cabinet stepped down.

As at yesterday, six ministers, including Kemi Badenoch, Lee Rowley, Neil O’Brien, Alex Burghart, Julia Lopez and Mims Davies, all who are members of the Conservative Party, same with Johnson, were the latest to resign.

Sunak and Javid resigned after several days of shifting explanations from Downing Street about a sex scandal that involved a mid-ranking ally of Johnson.

The prime minister is under fire over his promotion of junior minister Chris Pincher to the role of chief whip, a key position that involves enforcing party discipline. The promotion came despite Pincher being accused of drunkenly groping two men, and Johnson having been made aware of the allegations.

The opposition Labour Party leader, Keir Starmer, who led the grilling at the weekly Prime Minister’s Questions session, said anyone who remained a minister in Johnson’s government was also tainted.

“Anyone quitting now after defending all that hasn’t got a shred of integrity… Isn’t this the first recorded case of the sinking ships fleeing the rat? He’s only in power because he’s been propped up for months by a corrupted party defending the indefensible.”

Johnson confirmed that the issue of sexual misconduct had been raised when Pincher was a junior minister in the foreign office, and that he had been made aware of the allegations.

“The matter was resolved. It’s absolutely true that it was raised with me. I greatly regret that he [Pincher] continued in office and I’ve said that before. It is now the subject of an independent investigation and that is the right thing,” the prime minister added, before going on to defend his government’s record.

Speaking in the House of Parliament shortly afterward, former minister Javid, who has already resigned once before under Johnson as prime minister, said he felt compelled to resign, despite being “a team player.”

“Treading the tightrope between loyalty and integrity has become impossible in recent months, I will never risk losing my integrity. I also believe a team is as good as its team captain and that a captain is as good as his or her team. So, loyalty must go both ways. The events of recent months have made it increasingly difficult to be in that team.”

Sunak, who did not speak, tweeted on Tuesday that “the public rightly expects government to be conducted properly, competently and seriously. I believe these standards are worth fighting for and that is why I am resigning.’’