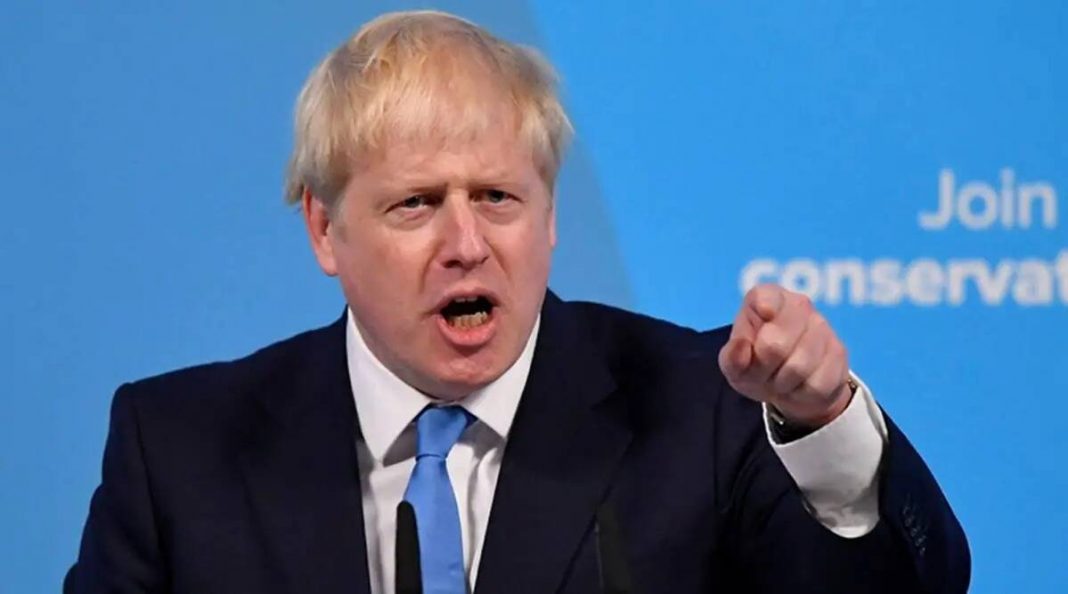 As Boris Johnson’s tenure as British Prime Minister hangs by a thread, Ukrainians are hoping the man who some have affectionately taken to calling “Borys Johnsoniuk” can cling on.

Johnson is facing a growing rebellion within his own Conservative Party after a slew of ministerial resignations, but Ukrainians fete him as one of their most vocal supporters for overseeing vital supplies of arms and anti-tank weapons to fend off Russia’s invasion.

In Kyiv, he has been depicted in street art and is the subject of a portrait exhibition, while a creamy cake with an ice cream topping that resembles his unruly blond hair bears his name – as do several Ukrainian streets.

“It’s a shame because we need as much support for (Ukraine) as possible,” said 22-year-old actress Kateryna Chikina, one of several Kyiv residents who told Reuters they did not want him to go.

“If there are influential politicians abroad, we need them. We don’t want to lose him because he really helps us. He is a cutie.”

Artist Tetiana Kropyva, 24, busied herself on Wednesday painting a likeness of Johnson onto a barrel serving as an outdoor table at a bar in the capital’s hipster hub of Podil.

“As a painter, I can say that he has very distinctive facial features. He is interesting to paint because he has many quirks,” she told Reuters.

“It’s a marketing magnet of sorts because Boris Johnson is extremely popular among Ukrainian people… Passers-by, when they see his portrait in the window, they recognise him and they come inside and ask about the exhibition.”

Inside, more portraits of Johnson – as well as one of Queen Elizabeth and another of U.S. President Joe Biden – hang side-by-side with Ukrainian soldiers and well-known commanders in a series depicting Ukrainian heroes.

Dmytro Usikov, 27, said Johnson would have free drinks in his bar even if he was forced from power.

“We will serve him everything for free… because he really helped our country, and is still helping us. The soul of Ukraine, one could say.”