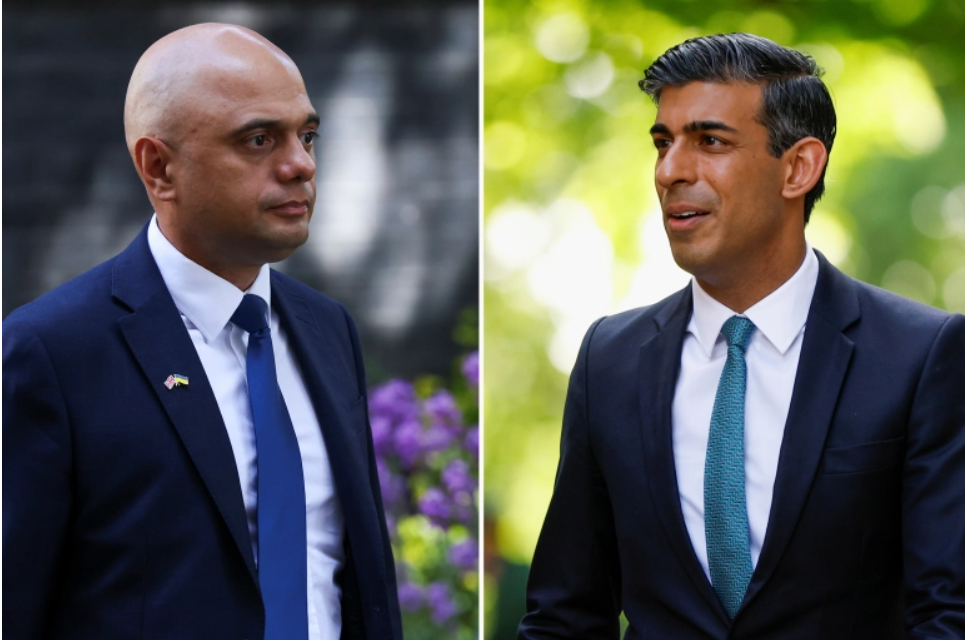 Two of the United Kingdom’s most senior ministers have resigned from the cabinet in the latest blow to Prime Minister Boris Johnson’s leadership.

Health Minister Sajid Javid and Finance Minister Rishi Sunak announced their resignations within minutes of each other on Tuesday, plunging Johnson’s government into crisis weeks after the prime minister survived a no-confidence vote.

The resignations, which were followed by similar announcements by several junior ministers, came as Johnson was apologising for what he said was a mistake for not realising that a former minister in charge of pastoral care was unsuitable for a job in government after complaints of sexual misconduct were made against him.

In their resignation letters, both Javid and Sunak took aim at Johnson’s ability to run an administration that adhered to standards.

Javid said he had lost confidence in Johnson’s ability to govern in the national interest after a series of scandals, saying he could “no longer continue in good conscience”.

He said that many legislators and the public had lost confidence in Johnson’s ability to govern in the national interest.

British media reported that Johnson appointed his chief of staff Steve Barclay as his next health minister. He also appointed Nadhim Zahawi, previously the education minister, as his new finance minister.

Al Jazeera’s Rory Challands, reporting from London, said the resignations were a double hit for the prime minister.

“Double resignations, a double bombshell for Boris Johnson and his future as the prime minister of the United Kingdom. I think it will be very, very difficult for him to survive such a step from two key allies,” he said.

Later on Wednesday, Minister for Children and Families Will Quince also resigned, saying he was going after being given an “inaccurate” briefing over Johnson’s appointment of a politician who was the subject of complaints.

“Thank you for meeting with me yesterday evening and for your sincere apology regarding the briefings I received from No. 10 ahead of Monday’s media round, which we now know to be inaccurate,” he said in his resignation letter to Johnson which was posted on Twitter.

“It is with great sadness and regret that I feel that I have no choice but to tender my resignation as Minister for Children and Families as I accepted and repeated those assurances in good faith.”

Laura Trott quit as junior transport minister, saying “trust in politics is – and must always be – of the utmost importance, but sadly in recent months this has been lost”.

Robin Walker resigned as minister of state for school standards, saying in his resignation letter posted on Twitter: “Recent events have made it clear to me that our great party … has become distracted from its core missions by a relentless focus on questions over leadership.”

The resignations come after Johnson was forced earlier in the day into a humiliating apology over his handling of the row over disgraced Deputy Chief Whip Chris Pincher after it emerged the prime minister had forgotten about being told of previous allegations of “inappropriate” conduct.

Pincher quit as deputy chief whip last week following claims that he groped two men at a private members’ club, but Johnson was told about allegations against him as far back as 2019.

Minutes before the resignations of Javid and Sunak were announced, Johnson said Pincher should have been fired from the government after the incident in 2019.

Asked if it was an error to appoint Pincher to the government, Johnson said: “I think it was a mistake and I apologise for it. In hindsight, it was the wrong thing to do.”

Challands said the resignations return a spotlight on Johnson’s fitness to hold the office of prime minister after numerous scandals.

“It all comes down to values and trust and whether Boris Johnson as an individual can maintain the levels of trust that are essential for the highest office in the land. And there have been numerous examples where it has been proven that he hasn’t maintained those levels of trust,” he said.

Both Sunak and Javid have been seen as possible leadership contenders within the Conservative Party if Johnson is forced out.

Their departures were a huge blow to the prime minister because both were in charge of two of the biggest issues facing the UK – the cost of living crisis and the aftermath of the coronavirus pandemic.

The leader of the UK’s opposition Labour Party, Keir Starmer, said it was clear that Johnson’s government was now collapsing following the resignation of two senior ministers.

“After all the sleaze, the scandals, and the failure, it’s clear that this Government is now collapsing,” Starmer said in a statement. He added that the resigning Cabinet ministers have been “complicit” as Johnson “disgraced his office”.

“In doing so, they have been complicit every step of the way as he has disgraced his office and let down his country,” Starmer said, adding that the ministers would have gone months ago “if they had a shred of integrity”.

The ministers’ exits were followed by other Conservatives: Bim Afolami, who quit as the party’s vice-chair while living on TV, and Andrew Murrison, who resigned as a trade envoy to Morocco.

Other senior Cabinet ministers, including Foreign Secretary Liz Truss and Defense Secretary Ben Wallace, indicated they would be staying.

Truss said she is “100 percent behind the prime minister”, the BBC reported.

Johnson’s authority had already been shaken by a series of government scandals and a vote of no confidence last month. He survived, but 41 percent of Conservatives voted to remove him from office.

Jonathan Lis, the deputy director of British Influence and a political commentator, told Al Jazeera that looming changes within the conservative party could end Johnson’s leadership.

“It’s become absolutely clear that Boris Johnson does not have the support of his party or the country. We had a vote of confidence a couple of weeks ago, but even in that short period of time, the arithmetic, and the mood have changed.

“It seems likely that the conservative backbench committee will have new elections in the coming days and they will replace the candidates with a series of anti-Johnson candidates, who will change the rules and allow a new vote of confidence in Johnson’s leadership.”

The prime minister has been embroiled in various other scandals, including the so-called “Partygate” affair, which saw him receive a police fine for breaking his own coronavirus lockdown restrictions on Downing Street.

The 58-year-old also still faces a parliamentary probe into whether he lied to MPs over the lockdown-breaching parties on Downing Street.