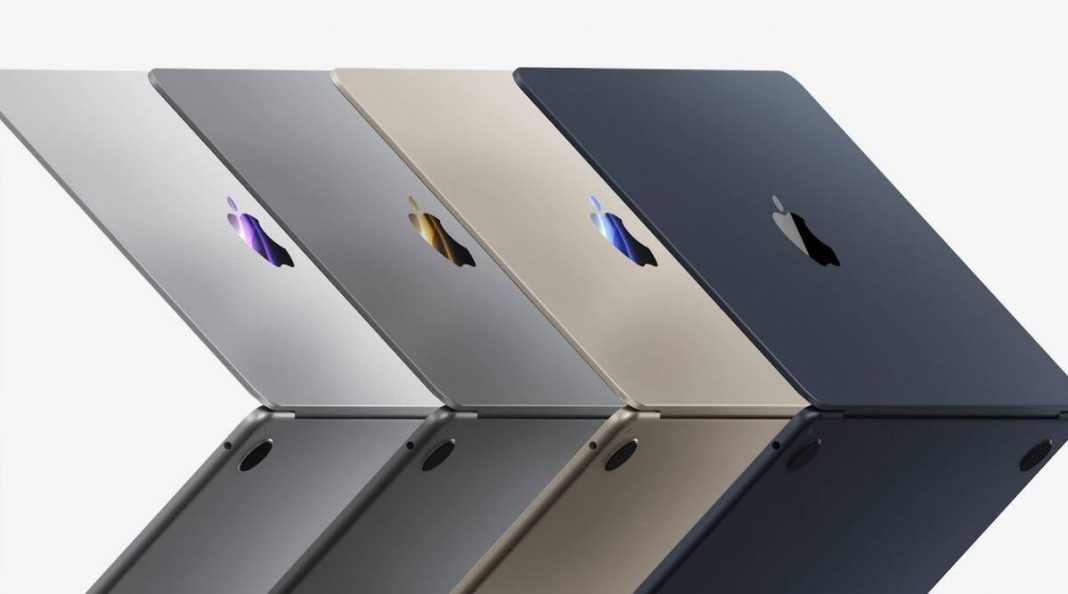 At Apple’s WWDC 2022 conference, MacBook Air with M2 was the star of the show. Now, the company has finally released its launch date. Beginning Friday, July 8, at 5:30 pm IST, the completely redesigned MacBook Air with M2 will be available to order and will start arriving to customers worldwide by July 15.

The device is available in four colours — midnight, starlight, silver, and space grey and is priced at 1,19,900 whereas students/teachers can get it at Rs 1,09,900.

The 13.6-inch MacBook Air supports MagSafe charging, has 500 nits of peak brightness on the display and features an improved front-facing camera including a new 1080p FaceTime HD camera with twice the resolution of the previous model. The M2 chip promises 18 per cent greater performance than its M1 chip and the processor also comes with a 10-core GPU along with 25 per cent better graphics performance.

Apple claims the laptop comes with a silent, fan-less design. It should be noted that the new MacBook Air is equipped with the Touch Bar.

On the power front, a new power adapter is introduced that helps charge the MacBook Air to 80 per cent in just 20 minutes which comes with two USB-C ports. MacBook Air offers a number of charging options, including an all-new 35W compact power adapter with two USB-C ports, so users can charge two devices at once. The company claims to delivers all-day battery life, with up to 18 hours of video playback.