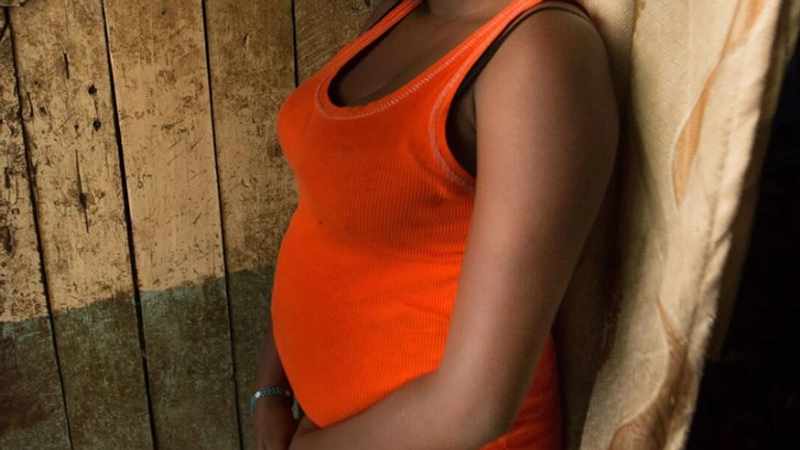 NAIROBI, Kenya: Fauziah was attending a dinner party in 2016 at her friend Aisha’s home in Mathare, an informal settlement in Nairobi. Around 11pm, Aisha began complaining of a stomach ache and put on a sanitary pad. Within minutes, blood had seeped through her clothing. At 2am, writhing in pain, Aisha asked her friends to take her to the cheapest public hospital.

They rushed her into reception. A single mother of a one-year-old daughter, Aisha had immigrated alone from Uganda to Kenya. She had resorted to sex work to care for her child, and she had become pregnant.

“In Africa, when a woman wants to do abortion, it’s not something that someone can tell just anyone about,” said Fauziah, who told this story on the condition that only her first name be used for privacy reasons.

“She felt like her getting pregnant, we would call her reckless and irresponsible. She never told any of us. She was doing this all by herself.”

They later found out Aisha had visited one of the unlicensed pharmacists in the slums who are known to defraud poor women in exchange for sham abortion services. He sold Aisha a pack of pills, and she ingested them that day.

Fauziah doesn’t know what her friend took, but women say they’ve been given quinine tablets, which are ineffective, or even large packs of birth control pills, which can result in vaginal bleeding. The practice is common enough that the nurses realised what was happening, Fauziah said, and made no effort to hide their scorn.

She begged the nurses to admit Aisha, but it was too late – she died on the hospital floor, in a pool of her own blood.

“That thing has never (left) my mind,” Fauziah said.

This is what unsafe abortion can look like in Kenya, a traditionally conservative country that has long restricted access to reproductive care. Many women and girls resort to desperate measures – using knitting needles, drinking bleach, taking unidentified pills or ingesting traditional herbs – to terminate their pregnancies.

Although Kenya has gradually liberalised its abortion laws in recent years, activists are concerned that the overturning of Roe versus Wade by the US Supreme Court could set back their progress. But they are determined to continue their fight, drawing inspiration from Latin America, where three countries have expanded abortion rights in the past year.

“The wave that started in Mexico, in Argentina, in Colombia, is catching fire in Africa,” said Tabitha Griffith Saoyo, a Kenyan lawyer working to expand reproductive rights. “(T)here’s room for Africa to lead by showing that abortion is an African issue, it’s not a Western concept, and that we’re ready to protect our women.”

Access to abortion varies widely around the world. In most European countries, Australia and Canada, as well as Russia and China, abortion is available on request with varying gestational limits. Within sub-Saharan Africa, Kenya occupies a middle ground; abortion is banned in places including Madagascar, the Republic of Congo and Sierra Leone, while South Africa, Mozambique and Benin are among a handful of countries that allow abortion on demand.

Kenya’s original abortion laws were outlined in its colonial-era penal code, which imposed harsh penalties on any woman who terminated a pregnancy and any doctor who assisted her, except in rare cases where the woman’s life was at risk.

Unsafe abortion became a leading cause of death and injury for Kenyan women and girls. A 2013 study conducted by Kenya’s Ministry of Health, in partnership with health and civil society organisations, found a rate of 30 induced abortions per 100 births. More than 157 000 women that year sought care for symptoms stemming from unsafe abortion attempts, and 37% of them experienced severe complications, such as high fever, sepsis, shock or organ failure.

“We have seen all manner of grotesque cases,” said Anne Kihara, a practising obstetrician/gynaecologist and president of the African Federation of Obstetricians and Gynaecologists. “Women who have had to have their uteruses removed, infections, the instruments that have been used, the crude things that we’ve had to remove.”

Kenya’s constitution, written in 2010, clearly states that life begins at conception. Abortion is not permitted unless a health professional deems it necessary to protect the woman’s “life or health” or “if permitted by any other written law”, a clause that left the door open for future reproductive rights legislation. The 2017 Health Act broadened the definition of “heath” from the absence of disease to include physical, mental and social well-being.

In 2019, a landmark court ruling gave victims of sexual violence the right to an abortion. In another case decided this year, a judge found abortion care to be a fundamental constitutional right specifically referencing key points from Roe, but the decision is under appeal.

For now, abortion on demand remains illegal, and unsafe abortions are common. The most recent data from 2017 shows a maternal mortality rate of 342 deaths per 100 000 live births in Kenya. The US, by comparison, which has the highest maternal mortality rate among developed countries, recorded 17 deaths per 100 000 live births in 2018.

Abortion rights advocates here say the implications of overturning Roe versus Wade extend far beyond the US.

“The fact that it’s happening in the United States, the distance doesn’t matter,” said Angela Akol, the Kenyan country director for Ipas Africa Alliance, a global reproductive rights organisation. “What matters is the weight of importance that the United States plays in foreign policy, especially in health policy.”

Many Kenyan reproductive health programmes rely heavily on US government grants and took significant financial hits when the Trump administration reinstated and expanded the “global gag rule” in 2017. The organisations fear that more anti-abortion policies and funding cuts could be on the horizon.

Advocates also worry that the ruling will embolden international antiabortion groups that have a long history of meddling in African politics.

Among the groups is CitizenGO, an ultraconservative Spain-based petition mill. It has launched a successful campaign to temporarily stall the passage of Kenya’s 2019 Reproductive Healthcare Bill, and its Africa campaign manager is part of the group appealing this year’s court decision that declared abortion a constitutional right.

“We’ll start seeing the opposition groups lobbying, poking holes into some of the progressive policies and laws we have in the country,” said Nelly Munyasia, the executive director of Reproductive Health Network Kenya, a coalition of health professionals. “And, definitely, they’ll want to cite the Roe versus Wade decision.”

Global data from the UN shows that restricting access to abortions doesn’t make them less common, but it does make them more dangerous. Forty-five percent of abortions in the world are unsafe, the UN calculated.

“Women who are desperate to get an abortion will get it, by whatever means,” said Akol of Ipas. “Because of the restrictive environment, people go underground and do all sorts of things to get an abortion. They die.”

Saoyo, the Kenyan lawyer, said she and other advocates would keep fighting for abortion rights.

“There’s still room to fight back as a movement,” she said. “This is the time for Africa and Latin America to lead the way.” – The Washington Post