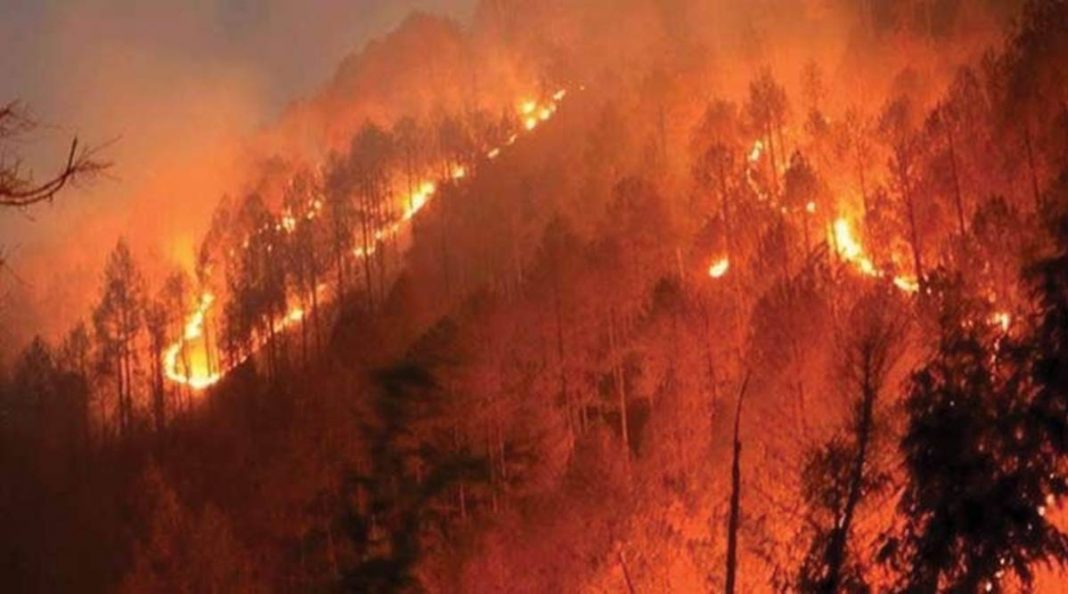 Firefighters in Northern California were battling a fresh wildfire that broke out on Monday east of Sacramento.

The fire burning in Amador County quickly spread to 959 acres (388 hectares) as of just after 7 pm Monday, according to Cal Fire.

The fire agency had said earlier on Twitter that the fire was 75 acres (30 hectares) in size and “burning at a dangerous rate of spread in dry grass.” The fire is one of several burning in the state.

Earlier Monday, authorities said evacuation orders and warnings had been lifted in another Northern California county after a wildfire there threatened about 500 homes and other buildings.

The Nevada County sheriff’s office said the warnings related to the Rices Fire were lifted early Monday. Residents were urged to be careful when returning to the area because of potential damage.

The fire broke out last Tuesday near the Yuba River and destroyed 5 homes and 8 other structures, fire officials said.

It began with a burning building and the flames spread to nearby dry vegetation in the rural area northeast of Sacramento about halfway between the state Capitol and the Nevada border.

The fire has burned about 900 acres (366 hectares) and is 65 percent contained. It is expected to be fully contained on Tuesday, officials said.