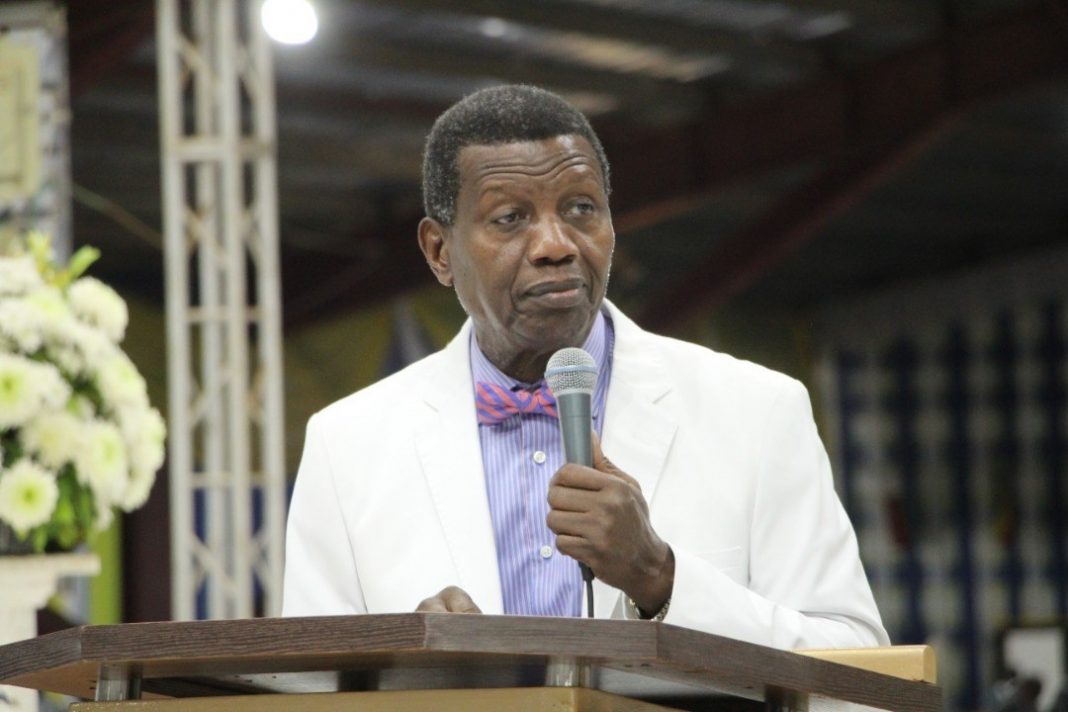 On Sunday, Adeboye clarified an earlier sermon, where he was quoted to have asked Christians to buy guns for their self protection especially the churches during service.

According to him, Samson was victorious in biblical times with jaw bones and not an AK-47.

The respected cleric made this disclosure at Mount Carmel while delivering his message ‘Meant for the top’, in the church’s monthly thanksgiving service.

Recall that a Catholic church was attacked in Ondo State during Sunday service leaving scores killed and many others injured.

According to Adeboye, no one can be killed until the stipulated time, stressing that no one should stay away from church because of fear of being attacked.

There is a current embargo placed on gun licence and registration by the police authorities.

“You don’t need permission to buy the jaws bones of a cow,” the cleric added.