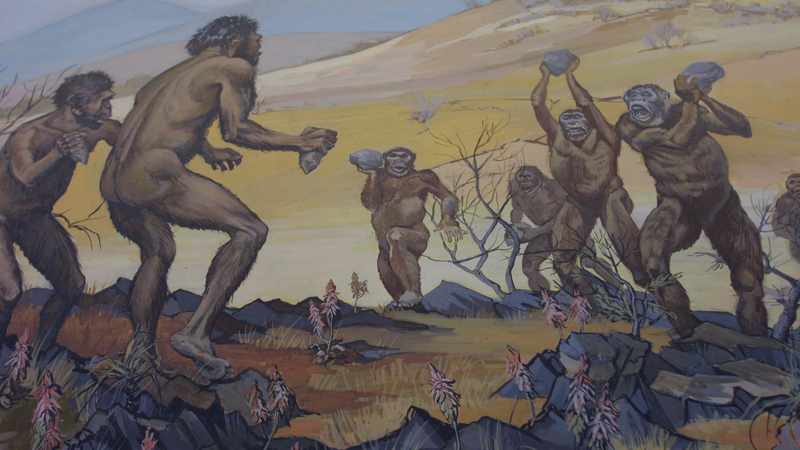 Johannesburg – New research has shown that the Sterkfontein Caves, located near Krugersdorp, West Rand, are now estimated to be more than a billion years old.

In a paper published in the journal PNAS, researchers from the University of Witwatersrand in Johannesburg and Purdue University in the United States, used new dating techniques to re-evaluate the age of fossils from Member 4 (an ancient cave infill with rich deposits of Australopithecus fossils in the world) and the Jacovec Cavern. The Jacovec Cavern contains additional hominin fossils in a deeper chamber.

“Sterkfontein has more Australopithecus fossils than anywhere else in the world,” said Professor Darryl Granger, a geologist and geophysicist at Purdue University.

“People have looked at the animal fossils found near them and compared the ages of cave features like flowstones and gotten a range of different dates. What our data does is resolve these controversies. It shows that these fossils are old, much older than we originally thought.”

As the lead author of the paper, Professor Granger said the new ages were based on the radioactive decay of the rare isotopes aluminium-26 and beryllium-10 in the mineral quartz.

“The redating of the Australopithecus-bearing infills at the Sterkfontein Caves will undoubtedly reignite the debate over the diverse characteristics of Australopithecus at Sterkfontein and whether there could have been South African ancestors to later hominins,” Granger added.

Professor Dominic Stratford, the director of research at Sterkfontein and a professor at the University of Witwatersrand, and one of the authors, explained that the results showed the remains tested date back nearly 4 million years.

“The new ages range from 3.4-3.6 million years for Member 4, indicating that the Sterkfontein hominins were contemporaries of other early Australopithecus species, like Australopithecus afarensis, in east Africa,” said Stratford.

“This reassessment of the age of Sterkfontein Member 4 Australopithecus fossils has important implications for the role of South Africa on the hominin evolution stage. Younger hominins, including Paranthropus and our genus Homo, appeared between about 2.8 and 2 million years ago. Based on previously suggested dates, the South African Australopithecus species were too young to be their ancestors, so it has been considered more likely that Homo and Paranthropus evolved in east Africa,” said Stratford.

Professor Stratford expanded on this by explaining the importance of this new dating technique. “This important new dating (technique) pushes the age of some of the most interesting fossils in human evolution research, and one of South Africa’s most iconic fossils, Mrs Ples, back a million years to a time when, in east Africa, we find other iconic early hominins like Lucy.”

“These radioactive isotopes, known as cosmogenic nuclides, are produced by high-energy cosmic ray reactions near the ground surface and their radioactive decay dates when the rocks were buried in the cave when they fell in the entrance together with the fossils,” Purdue explained.

The new dates from the tests show Australopithecus existed at Sterkfontein almost a million years before the appearance of the Paranthropus and Homo species.

In layman’s terms, the remains in the Sterkfontein Caves would make them even older than the famous Australopithecus afarensis individual Dinkinesh (3.2 million years old). Nicknamed Lucy, Dinkinesh was found in Ethiopia in 1974 by American paleoanthropologist Donald Johanson. According to the PNAS journal, Dinkinesh’s testing used radiometric dating of volcanic ash in sediment where her fossil remains were found.

There was more time for older Australopithecus fossils to evolve in the Cradle of Humankind and place the hominins from the site, front and centre, in the history of early human evolution.

The Sterkfontein Caves were made famous by Dr Robert Broom, who (with a team and Professor Raymond Dart) found the fossil remains of the first adult Australopithecus Africanus in 1947 named Mrs Ples.

Another fossil later found between 1994 and 1998 was Little Foot, an almost complete Australopithecus skeleton that dated back more than three million years.